We are needing ideas for the lift of our robot. 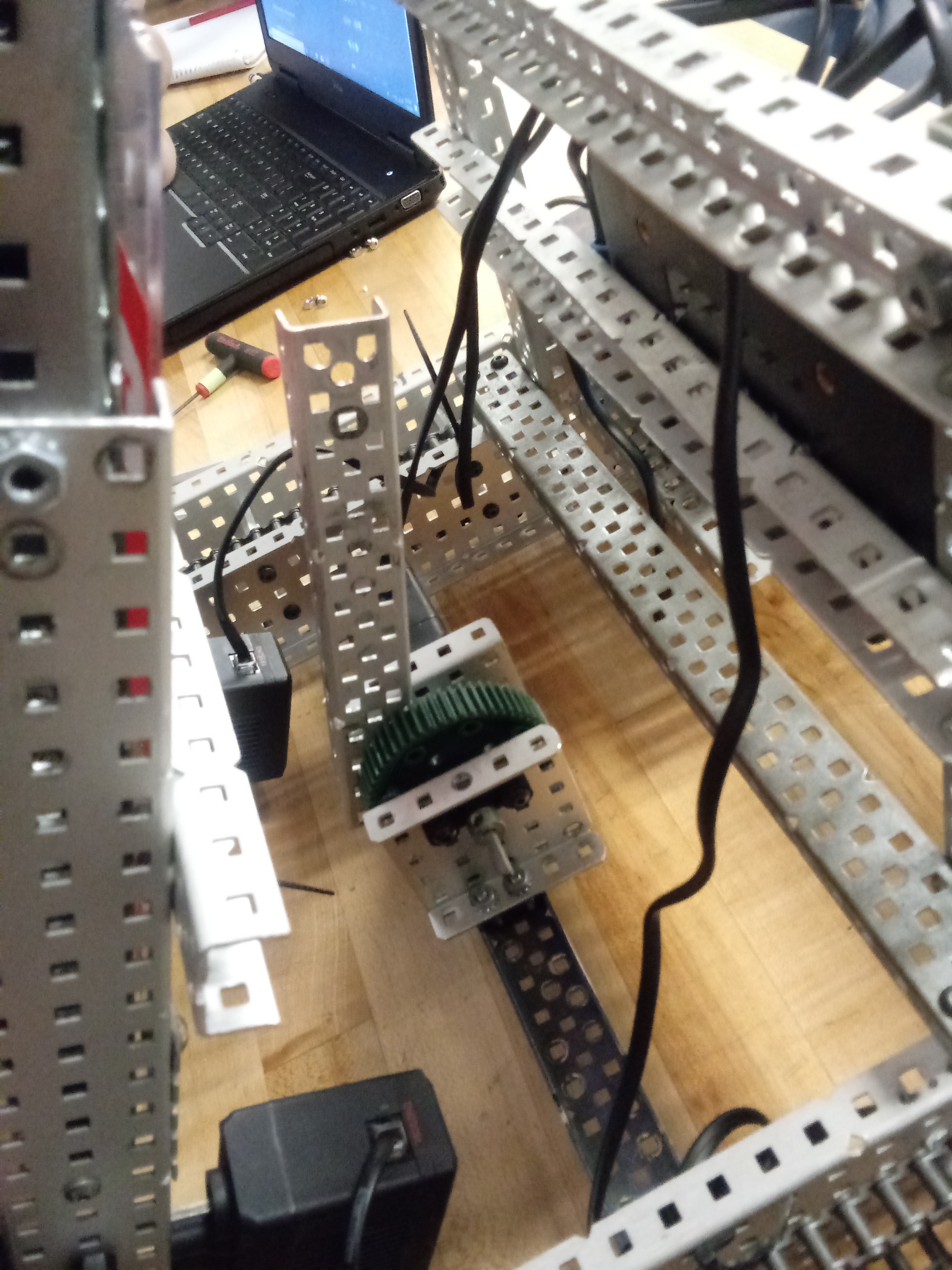 We are needing ideas for the lift of our robot.

Well mate, that’s a pretty broad statement. And the picture you posted seems to be more of the tilter mechanism for the tray. Are you asking about the lift? If so, I would suggest making a Double Reverse 4 Bar (you could probably find some good help here) . If you are asking about a tilt mechanism this thread has a model (just read the whole thread because some improvements are suggested).

and of course the rest in the back for the cube area is updated to be more sturdy and the tilt mech is attached to the rest area.

dont direct mount the tray, mount it onto a hinge and have it flip up and when the tray goes forward it may come out to allow the cubes or you will need to make them spread off of the cubes.
this in an ongoing problem with tray mounted intakes and its why people use arms on their intakes

If you want intakes o the tray, you’ll have to open them in some way when you tilt foward

What do you mean “gets stuck?” Do the cubes not want to exit the tray (because the intakes are still in contact)? Does the tilter not have enough torque to push that many cubes, and just won’t move (needs a better gear ratio)? Is there some physical limitation in contact that is catching and causing something to get stuck (in which case the obstructing element must be modified or removed)?

Edit: If the intakes are causing the problem and you don’t have time to rebuild them, you can try to spin them backwards when depositing, pushing the cubes into the ground as you back away. That’s obviously not the best way to do it, and will lead to other problems in driving and consistency, but it is a potential quick fix.

Somehting else you might be able to do is to mount the intakes on a hinge (still on the tray), then use elastics to keep them in the position they are in now. But have surgical tubing or string or zip ties running from the intakes to the chassis so that they would be folded away from the cubes when tilting forwards.
That is obviously the harder rebuild, but it’ll net better results. There are better ways to build such intakes beyond this, but that is a relatively simple solution to your problem.

Really, if you want a quick fix without building anything new, you’ll just need to run tests with the intake while driving.

Edit 2: Let’s assume that your problem is your tilter. Sounds like you need a higher gear ratio on that mechanism. Lucky for you, that’s a pretty simple fix. You’ll want to drive a small gear, with your tilter arm attached to a bigger gear. The larger the difference, the more torque (power) you’ll have to push forward more cubes.

you should mount the intakes on the chassis with stand-offs or a c-channel so they spread apart when the tray moves forward. You should also make a 12 tooth gear drive the 60t gear so you have enough torque to tilt the tray.