This thread will be used to publish updates to the VRC Change Up Game Manual.

Please start a separate thread in this forum for unofficial discussion of any of these changes. For any official questions, please post in the official VRC Change Up Q&A.

On May 25, 2020, the following updates were made to the VRC Change Up Game Manual.

The May update will include rule changes from input from the community that post questions and
responses on the official Q&A.
i. A portion of this update, regarding Robot Skills and Appendix B, will be released separately on
June 15, 2020

On June 15, 2020, the following updates were made to the VRC Change Up Skills Appendix.

More information can be found here: 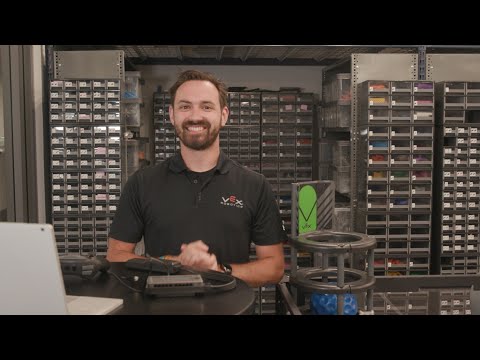 On August 17, 2020, the following updates were made to the VRC Change Up Game Manual.

b. The Robot is blocking opposing Robots’ access to Balls, such as by expanding horizontally and restricting access to a portion of the field (e.g. a “wallbot”).
c. Robots on the same Alliance working in tandem to block access to Balls would share the Possession of the Balls.

The overarching intent of this rule is to prohibit each Robot from keeping more than 3 of the opposing Balls from being used by the opposing Alliance.

One definition of Possession is “blocking opposing Robots’ access to Balls, such as by expanding horizontally and restricting access to a portion of the field (e.g. a “wallbot”).” Put simply - as far as Possession is concerned, a defensive “wallbot” does not violate SG8, as long as 3 or more of the offensive Alliance’s Balls are not being blocked.

Violations of the REC Foundation Code of Conduct may involve additional escalation beyond the Head Referee’s initial ruling, including (but not limited to) investigation by an REC Foundation representative. Rules S1, G1, and G2 are the only rules for which this escalation may be required.

For example, aluminum billet may be used to machine a custom bracket. However, purchasing a custom aluminum bracket is not within the spirit of this rule. Similarly, pre-drilled or fabricated extrusions, like a piece of angle with holes and/or slots in it is not permitted, unless it can be found on www.vexrobotics.com.

On October 1, 2020, the following updates were made to the VRC Change Up Game Manual.

On December 1, 2020, the following updates were made to the VRC Change Up Game Manual.

This rule is a modification of the definition of Scored. In a Live Remote Tournament, a Ball may be considered Scored in a Goal if it is still touching a Robot of either Alliance color.
Note: The intent of this rule is for Head Referees to give Teams the “benefit of the doubt” if they inadvertently contact a Ball when attempting to Double / Quadruple a Goal.

Teams will complete a full Robot inspection in accordance with , as well as a possible field inspection at the Event Partner’s discretion.

Note: This inspection may also include an informal “field inspection”, to ensure that a Team’s remote environment is set up properly for their Matches.

Note: Any device which is powered by any non-V5 motor, such as an external fan for cooling electronics, would be considered a violation of this rule.

c. Any commercially available threaded insert of a legal thread size, when used as a mounting point for a legally fabricated part (e.g. “heat set” inserts in a 3D printed part).

Note: For Elimination Matches, VEX U Live Remote tournaments will utilize the standard Alliance Selection process as described in and .

Finally, a new option was added to the DIY Field Instructions.

To prepare for Live Remote VEX Worlds, the GDC has put together some clarifications and updates on key rules for LRT gameplay & inspection. See the link below for more information.