Which meta designs have been your favorite from previous seasons?

I want to see 4082B’s worlds bot. That thing was crazy, it was a meta bot that could do a 9 ring tall mogo, had a transmission and folded down to fit under the platform.

Not really a “meta-design” per se, but still a dominant robot that season.

44 Round Up: They were one of the few teams to find a chokehold strategy for this game. While other robots played a heavy scoring and de-scoring game, 44 was able to take control of the 10 pound movable bases, score enough rings to own them (usually 1-2), and then dump it under the ladder to prevent their oppoenents from accessing them. Another kicker is that their robot could tilt (not tip over) the hanging ladder to prevent teams from high-hanging. This strategy led them to the 2011 World Championship at Disney, where the only alliance strong enough to beat them lost in their overall semifinals when 1103 tipped over in autonomous, therefore sealing the deal for 44’s alliance. This led them to move onto the overall finals, where they would easily win in 2 matches and begin the infamous disco curse.

4082B just dropped their explanation. 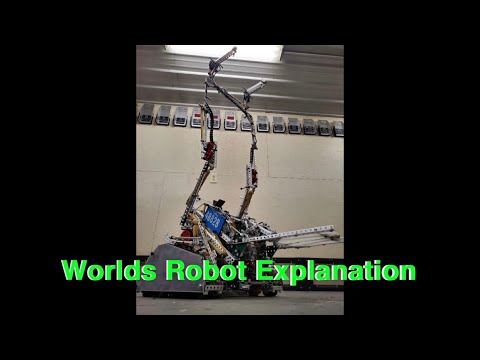 In my opinion In the Zone had the coolest metabot. The crazy high and fast stacking and DR4B’s. Still my favorite game to this day.