I mentioned a while ago that I was working on this project, now it’s done – the portable field perimeter doesn’t include any mount for the “driver interface” box in each driver station like the metal perimeter does, so I designed one. 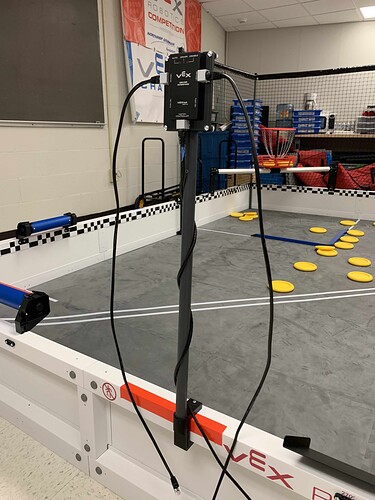 All the parts are 3D printed except for the 1/2" schedule 40 PVC pipe. Pipe of this size gets used in pretty much every VRC game, so you probably have some kicking around already. The length isn’t super critical but somewhere between 20 and 28 inches works well. We’re using pipes from the back of Change Up corner goals, which are 25.5 inches long.

Standard 8-32 hardware is used to mount the post to the field and the driver interface to the post. The mount to the perimeter is secured with a single 3" screw, which is longer than comes in any VEX kit (I think) but still a widely-available length.

STLs are up on Thingiverse:

This thing mounts a VRC driver interface on the VEX portable competition field. Similar posts are included with the metal field perimeter, but the portable field does not natively include any way to attach the driver interfaces to the field. In...

And here’s a link to the Onshape project as well:

Sign in to Onshape, the #1 fastest growing CAD system in the world with over 2 million users.

A cable storage hanger would be good, especially when using field risers.

That mount looks good! When you get the new field control system, do you think you will try to mount the brain on one side and then hang up the side cables somewhere or just leave them on the ground like at worlds?

I would use barrel connectors and have a short cable for the driver interface so if they break the cable, you do not have to rerun 8m back to the V5 Field Controller Brain.

This would do the trick…

A cable storage hanger would be good, especially when using field risers.

There’s a second top cap which is a single piece and includes a couple hooks to stow the other ends of the short cables: 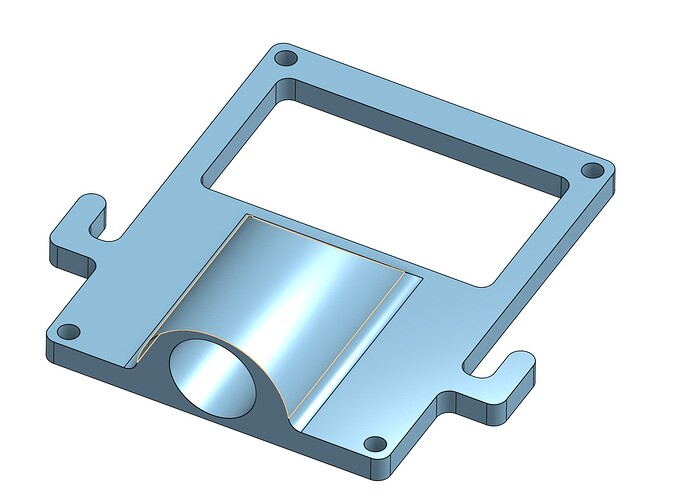 Although if our fields were elevated, I would probably just attach the driver interfaces directly to the outside of the perimeter.