I have the regular status, but I can’t seem to recategorize topics like it said I should. I think that I was able to last week. Is this just me or is this happening to other regulars?

that ability was removed when things got a little out-of-hand last week.

Andddd… now I’m paranoid of what could happen once more and more people reach TL3. That being said, I’m probably going to disable that ability

Look what you have done, @TaranMayer, now I am stuck with a ridiculously long thread title, that I was planning to shorten in the future.

Just saying one solution to getting title editing privilege back is to @DRow every time there is a change needed… like a missing comma, or wrong capitalization. Pretty sure he won’t want to be a headline editor for the rest of his GDC career

(now. I am sure that I will never get any more nice things

This is what happened. Regulars no longer can recatergorize/rename topics.

Not only that, you can retitle your own thread.

I was notified that I got Regular status as well. I know about the permission changes, but I don’t have the “Regular” tag next to my name when I post. Did I lose it already?!

You have to “turn it on” in your settings to display it. It’s your “title”

I am only really sad about re-categorize being lost. I think that it was actually a handy feature for Regulars. But I enjoy having the nametag.

Agreed. I recategorized quite a few posts (probably 5-10 per day on average) — not for any malicious reason, but because they were miscategorized to begin with. Posts often get miscategorized for any of several reasons; some of the most common are:

Without TL3s being able to recategorize posts, a fair few posts are going miscategorized, with no real recourse — it’s not really feasible for @DRow to manually review the categorization of every thread himself. I still think that removing the ability for TL3s to rename posts was the right move, but it’s a shame that recategorization had to go along with it.

Maybe a few people could be manually promoted to TL4, and if TL4 would be too much, some of the features added in TL4 could be disabled.

Also, I don’t believe that what @Sylvie did is the reason why the ability to rename posts should be taken away.

A lot of the time tl3 forum members change titles and categories not because they need to be changed, but just because they can Much of the time the title is changed to something less descriptive or extremely similar to the previous title. Honestly, tl3 members should not be able to change titles or categories. A bad title or wrong category is a fairly uncommon occurrence and these could easily be changed by DRow or some other mod. There is no point to having 50+ forum members able to change titles, as a title change is needed less than once per day.

Changing channels and titles are always reversible, and I think we should expect that sometimes people make mistakes. If anything, I think it should be allowed but there should be a time limit such as after 24 hours Regulars cannot edit the channel or title. This allows Regulars to help out without making mistakes outside if eyesight of the topic creator.

The forum has 25 admin/mods, I think we can manage.

I think we can manage. 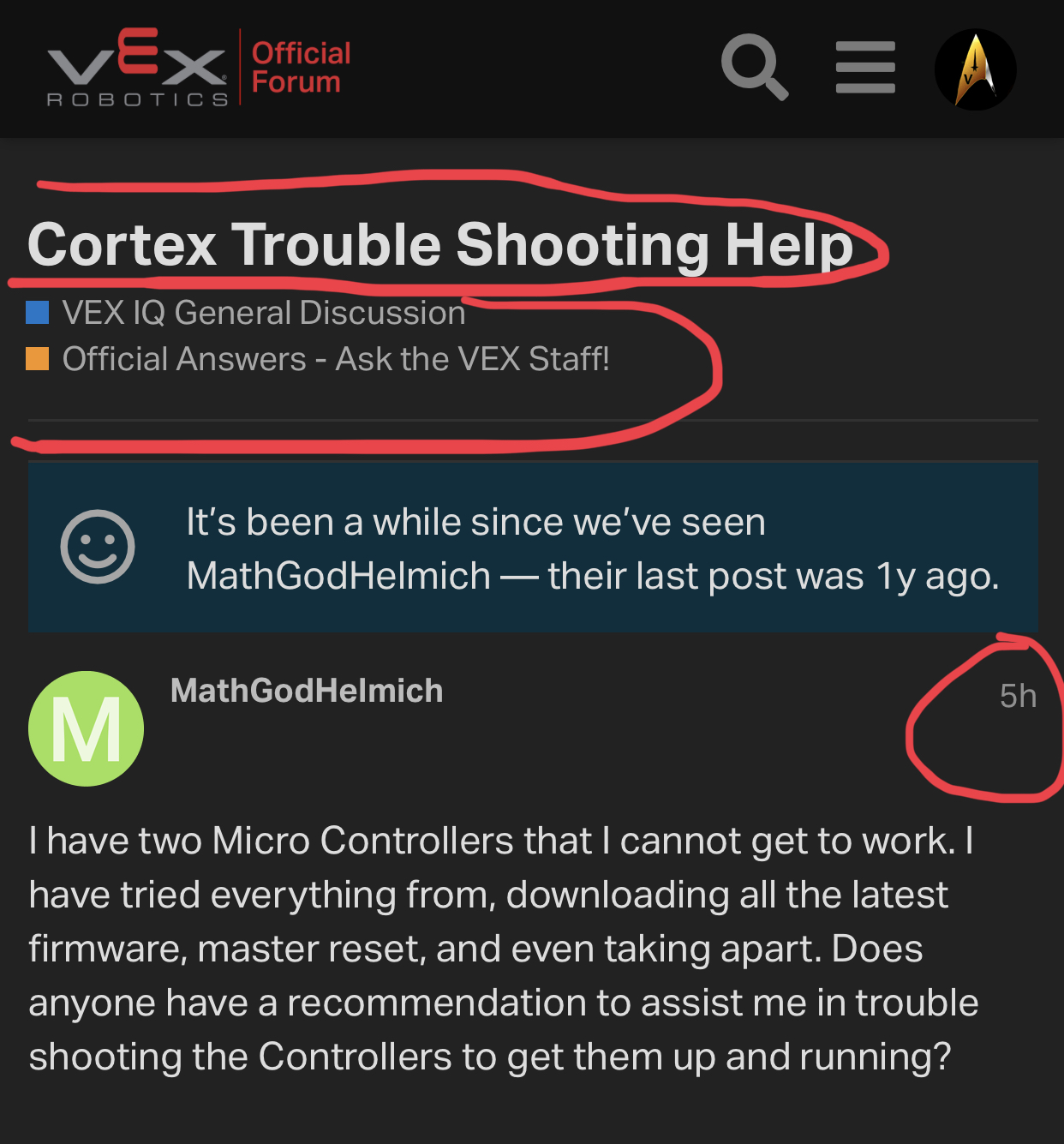 Well, sure – there are a bunch of staff (listed on this page), but in practice it seems like many aren’t regular forum users. The appearance from the outside is that the majority of the day-to-day moderation falls to you and DRow, since you two are the most active staff on the forum (definitely feel free to correct me if I’m wrong, on this or any other point). As such, I think it’s not practical to expect y’all to manually ensure that every post is correctly categorized, and anecdotally, I have noticed an uptick in miscategorized posts since TL3s’ recategorization abilities were removed a few days ago.

IMO, these sorts of menial tasks can be reliably offloaded to TL3s as and when they notice them, with little downside – there’s not much malice to be wrought by miscategorizing a post that’s already miscategorized. That’s why allowing TL3s to recategorize is Discourse’s default behavior.

Not that I’m as unhappy about this as the above may make it seem. Y’all do a great job moderating the forum, and on the whole I think pulling TL3s’ ability to rename was the right move; a few more miscategorized posts is worth the trade-off and not a huge deal. But, I think in an ideal world the abilities to rename and recategorize would be seperately configurable, and TL3s should have the latter but not the former.

The OP may in fact have IQ brains, all they said was
“I have two Micro Controllers that I cannot get to work.”
I was waiting for confirmation.

It’s also in “Ask the VEX staff” so why is everyone else replying ?

IMO, these sorts of menial tasks can be reliably offloaded to TL3s as and when they notice them, with little downside – there’s not much malice to be wrought by miscategorizing a post that’s already miscategorized. That’s why allowing TL3s to recategorize is Discourse’s default behavior.

I don’t have admin access, so I don’t know if it’s even possible to separate editing the topic title from the category and tags.

The OP may in fact have IQ brains, all they said was
“I have two Micro Controllers that I cannot get to work.”
I was waiting for confirmation.

That is a good point, I havent realized that. They are both clashing and since neither are clarified it makes sense. My apologies.

It’s also in “Ask the VEX staff” so why is everyone else replying ?

I dont know. I have seen a website using Discourse where a specific group of people may reply in a specific channel/topic, but as what I heard about vexforum when using Discourse it’s not possible. Basically anyone can reply in any topic, and it has been like that for some time now and it does kinda get confusing.
Edit: I didnt know post revives counted as a new post. Interesting…

Fair enough. I (of course) don’t know either but my hunch is that renaming and recategorization are covered by the same permissions bit. FWIW they’re listed together on a single row here which may support my guess that they can’t be granted separately.