So my team currently has a robot chassis and a dr4b lift made. However, we cannot think of any intake mechanism to pick up rings. Ideas?

Thank You, we will definitely try this!

My team is using rollers like in in the zone, then the rollers will lead to a stick where they will stack up. (If you use this design please give credit)

I like this idea but unfortunately my team does not have rollers.

I get the feeling intakes will be the hardest part to figure out (as usual). More specifically the manipulating of rings inside the robot with the intake to arrange them into a good position to stack with. There are so many different options, and none of them seem perfect to me so far, but I get the feeling that different intakes may suit different strategies. Top down rollers will be the quickest at fielding, but it’s difficult to take rings from a top down roller into a scorable arrangement. An intake that pokes rings through the hole to make a stack is compact and keeps rings in a good stackable formation, but will be a lot slower at fielding.

Kudos to the GDC for creating games that have some easy stuff for beginning teams to have success, along with challenges for the top teams to figure out to get maximum scores. By the end of the season, I think we will find high score in matches being won by a few ringles being placed up high on the goals.

I’m thinking something like this, vex tipping point ring plunger intake prototype 2 - YouTube but it has a motor on the side to release the two swingarms. and a line gear on the back between the other 2 channel on the side to move it up and down without making the dr4b tired

This is perfect, thanks!

what if the intake picked up game elements

Yeah, I think this will become the meta.

i found that rubber band and sprocket tends to work pretty well with the 18t sprocket, not enough space for ringles to wobble around, and just enough to let the ring slip past the axle depending on where you put it.

We have a pnuematic-released version of this, the 8th motor is used for a horizontal 4 bar on top of our DR6B. It’s very similar to an itz bot. We like it because of the amount of control we will have over the position of a plunger.

Adding a passive aligner for ringles will remove the need to aim. Dont count out the plunger yet…

a roller or rubberband sprocket is definitely the meta

yup .I’m also doing a fork lift on the front that’s powered by the dr4b

I also found that it is quite effective to mount the two bottom sprockets so that they mesh together .

Hello Everyone, I’m the CAD designer on my team (929V) and I’m trying to build an intake for the rings that can be mounted to the end of a lift (probably a 1-bar, chain bar, or 4 bar). I want to build a plunger mechanism but I can’t seem to understand how it works and how to build it. Does anyone have a cad file or drawing of how it works or any ideas on vertical intakes I could mount onto the front of a lift. Thanks! All help is greatly appreciated!

Hello Everyone, I’m the CAD designer on my team (929V) and I’m trying to build an intake for the rings that can be mounted to the end of a lift (probably a 1-bar, chain bar, or 4 bar). I want to build a plunger mechanism but I can’t seem to understand how it works and how to build it. Does anyone have a cad file or drawing of how it works or any ideas on vertical intakes I could mount onto the front of a lift. Thanks! All help is greatly appreciated!

I doubt anyone’s going to give you a cad file (both because people typically don’t give CAD out, and because very few people probably have a plunger intake CADded that they know works)

But I can give you the general idea of how a plunger works.

basically you need to have some sort of one way gate for the rings, where they can freely travel up the plunger, but can’t fall back down out of it. Think of it like a sort of linear ratchet.

here’s a sort of cross section sketch of a ring getting grabbed by 2 different types of plungers (an inner, and an outer one). They work pretty much the same way though, some sort of barb or protrusion can slip into or around the rings, and then it sticks out and prevents the rings from coming back out. This is a pretty common type of passively grabbing mechanism used on basically every game with any object other than spheres. This year I imagine it’s probably pretty fiddly to get those barbs right, since the curvature of the rings lays pretty low to the ground. The distortion in their shape probably helps though, since there are higher points in the ring always.

The second part of a plunger is the release, you need some way to retract or move the barbs in a way that allows all the rings to cleanly fall out. This can be pretty easy though, you could attach some string to a piston pneumatic cylinder, and have it so when the cylinder retracts or extends, the string pulls the barbs flat.

One thing I will say about plunger intakes is that they probably won’t be the move this season because of some significant tradeoffs they have with other types of intakes.

It does have its advantages though. It stores rings in a very light and compact manner, and it has pretty much ideal depositing time. So I don’t think it’s not viable, I just don’t think it will be the best.

The type of intake I’m working on now is similar to the tray lifts we saw during TT. 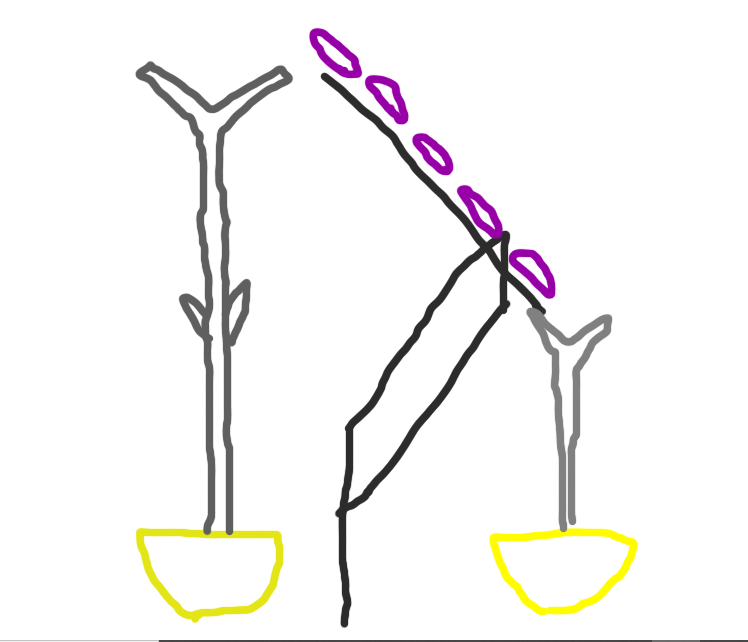 The main reason that I think an intake that is able to take rings from the front and move them up a tilted tray is because it enables you to internally and externally stack with only a single stage lift. And the extra height you gain at the back can be tall enough to stack on the tall goal without any additional height from a second lift stage.

The main difficulty I’m encountering with this type of intake is the intake itself. It’s a lot more difficult to take rings up a conveyor and get them to reliably exit the conveyor and onto a goal branch, and it has to be able to do that from both ends, as well as field. But I’m confident it’s possible, and that it will be the dominant intake+lift system if I or someone else can figure out how to get it to work well.

Won’t the intake take up a lot of space? Since one ringle is 4in. and if you “stack” it side by side, lets say the capacity is 5 rings, the tray will have to be 20in. long.