@Unionjackjz and I are proud to announce the release of the VEX CAD Library!
This library is based on the hard work done by Jordan from BNS and Sid from 5776A.

Currently there is not a dedicated place for us to talk about CAD and how to use CAD to foster rapid iteration. The pandemic has created a situation where many teams have limited access to parts and meetings, so we thought now was a good time to create a community where everyone can learn and discuss with their peers. Over time we’d like to continue updating this library with new parts that VEX releases, or fix issues that exist in the library.

If you want to join the community, or have any questions, join our Discord!

Check out the VEX CAD community on Discord - hang out with 575 other members and enjoy free voice and text chat.

You MUST have INVENTOR 2021 installed for the parts to open correctly.

Thank you to the following contributors:
-Jordan
-Sid
-Yuanyang
-Jess 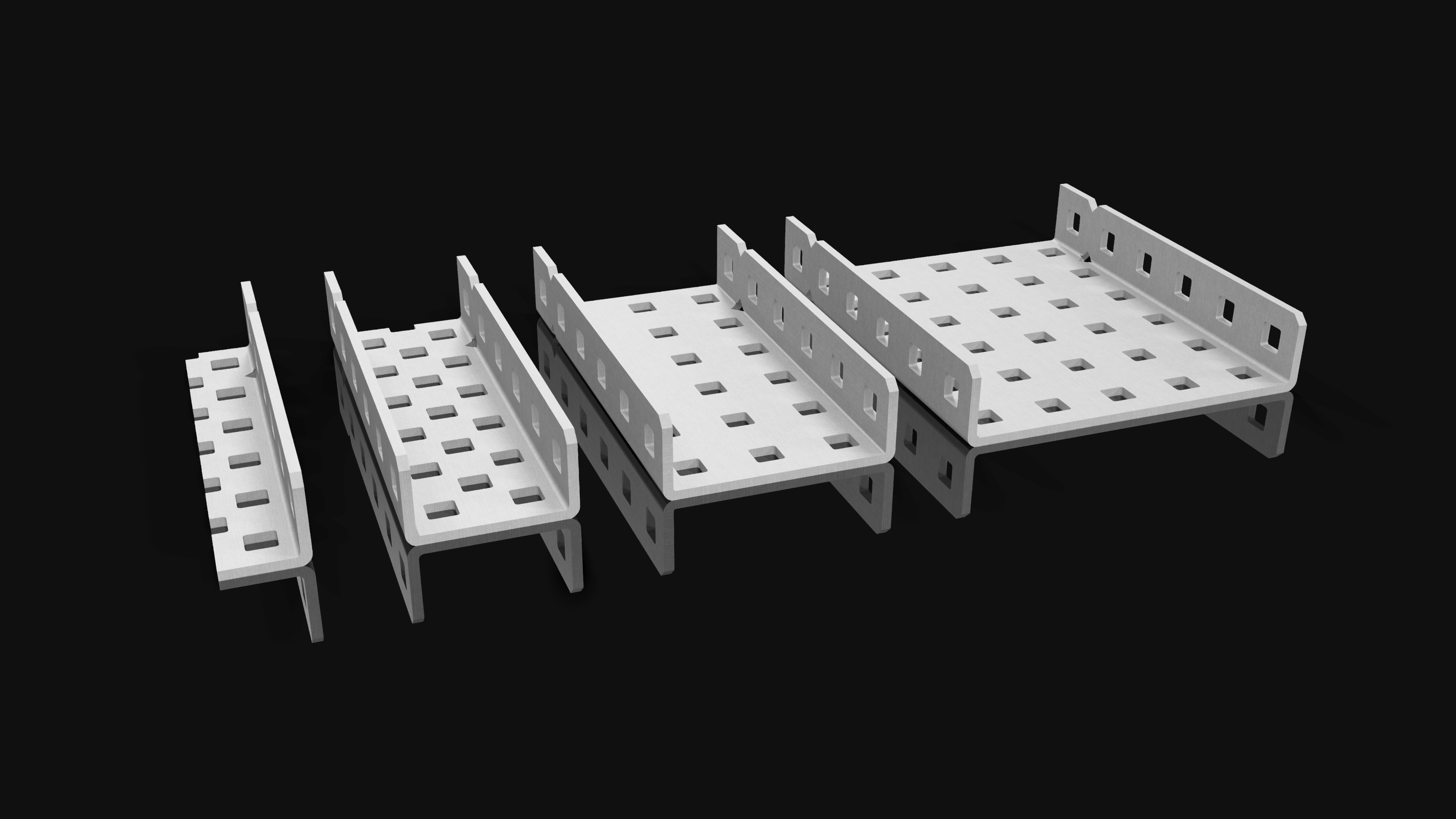 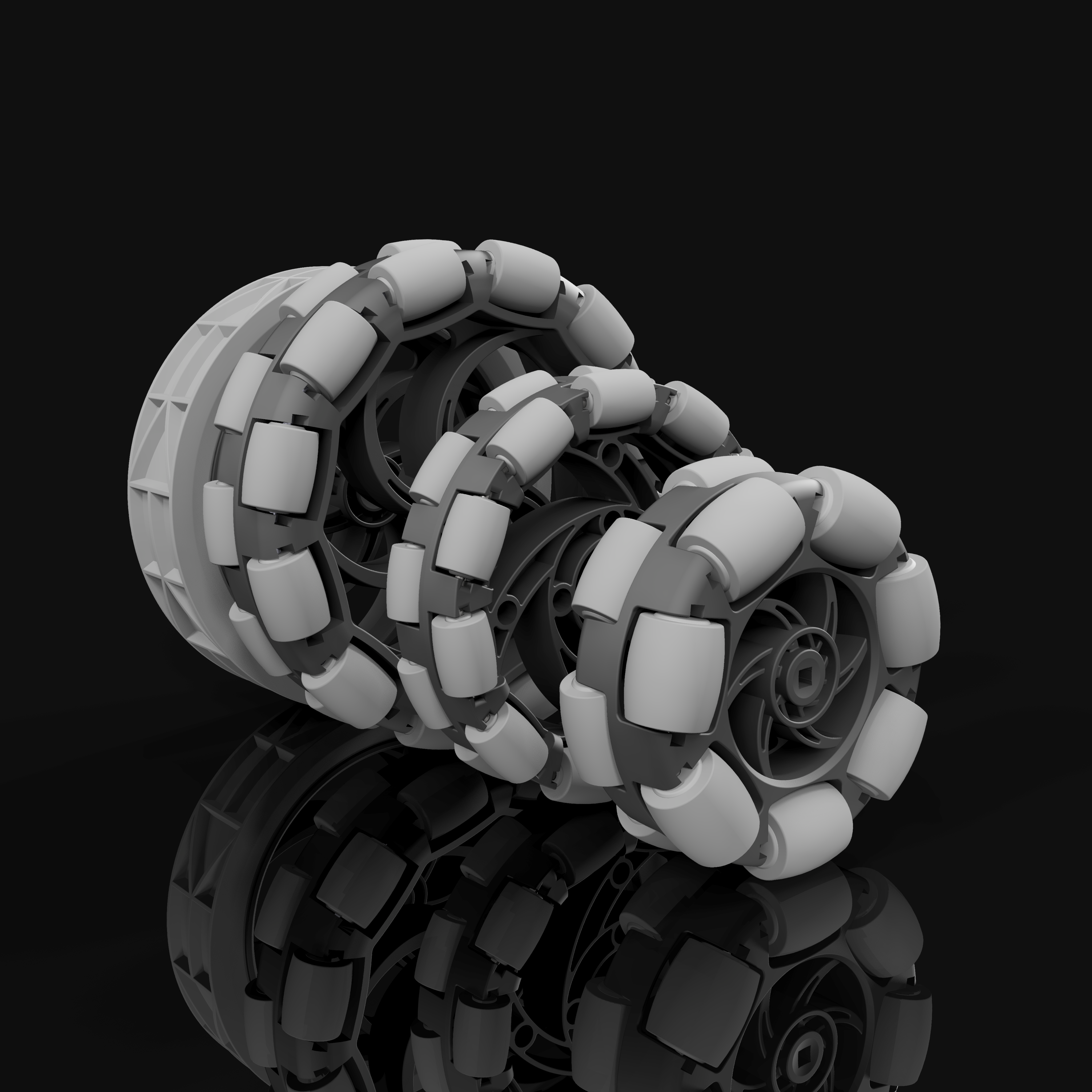 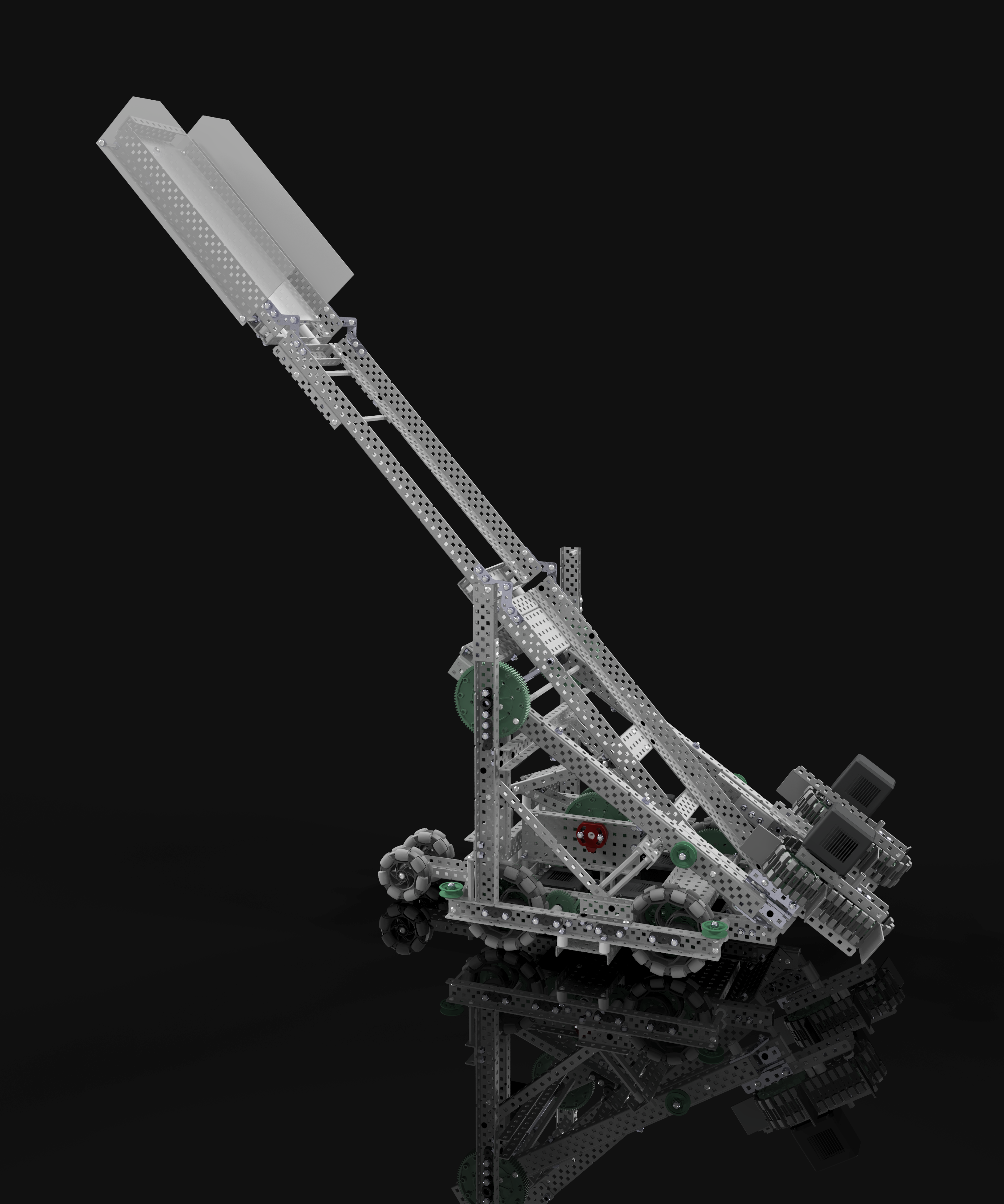 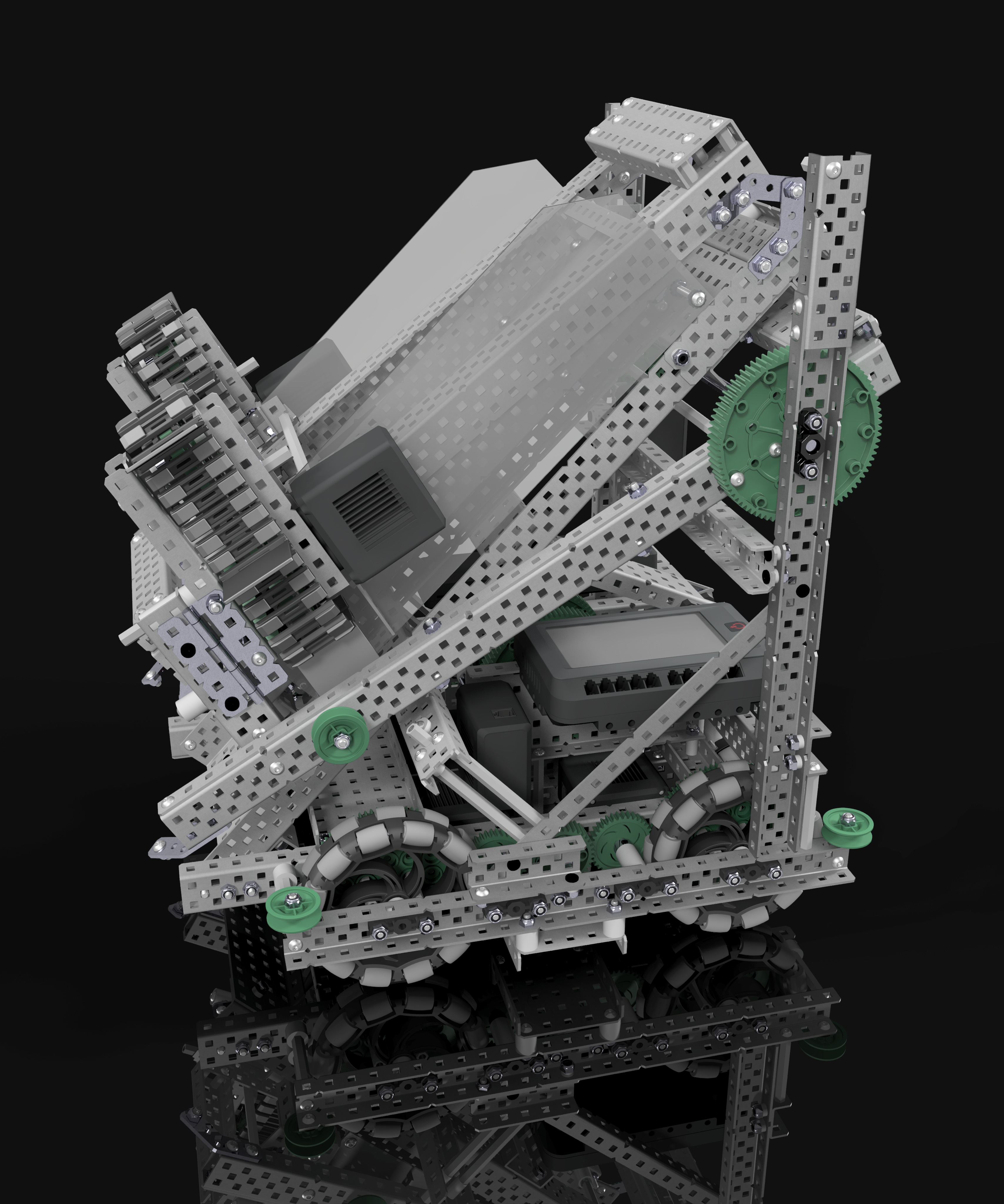 Cool! Do the parts have the wierd circle things in the c channel holes?

Yes, this library does have imates.

All parts have iInserts. You can still use normal constraints if you want to attach parts off center.

Do the parts also have axes to constrain parts or is the only option imates? Thanks to y’all for making this regardless, as the two main Inventor libraries out there are great, but they both have their flaws and this seems to address most of the issues.

The parts do not have work axes, but the iInsert alternative would be to enable visibility of the patterned circular extrusions that are on most parts. This might be a more suitable option for lower-powered hardware, since generating iInsert glyphs can cause considerable lag.

I joined the VEX CAD discord. 5/5 stars would recommend. They all dropped everything to help me with a project.

Which CAD software do you use

it’s in the description

This update addresses some issues that existed with the first release of this library, as well as adding some new features!

The biggest change is how constraining works. For the majority of parts, there are no longer iInserts on parts because the glyphs caused significant lag in larger assemblies. Parts with naturally cylindrical holes can be constrained to like normal. The parts without round holes, like C-Channels, now have cylindrical surface extrusions in every hole that you can constrain to. These surfaces are on by default for every part. In the “View” tab of an Inventor assembly, you can turn off the surfaces on all parts within the assembly by clicking the dropdown and unchecking Construction Surfaces.

The holes were asymmetrical in 5 wides, making it so the holes were closer to the flange on one side then the other. The 5 wide has been recreated and this has been fixed.

All structure has been updated with new thicknesses! After an email with VEX Support, we were informed that the average thickness of aluminum is 0.063, whereas the previous release was based on a metal thickness of 0.0625. Steel has also been added, with a thickness of 0.046 and a new texture.

Spacers have now been set up as standard iPart factories. When placing a standard iPart, simply choose which option you would like to use when placing, and the part will change the dimensions to match. Axles have been set up as custom iPart factories. To place a custom iPart, edit the length category to the length you would like. Specify a save location - a “custom lengths” folder has been included in the axles folder for this purpose. By using iPart factories, you only need 1 file for different sizes of the same part.

A series of tutorial videos going over the basics of Inventor are in the works. Stay tuned! If you want to join the community, or have any questions, join our Discord! Check out the VEX CAD community on Discord - hang out with 520 other members and enjoy free voice and text chat.

You MUST have the latest version of INVENTOR 2020 or INVENTOR 2021 installed for the parts to open correctly.

This is an extreme pogchamp moment.

With the release of Inventor Library v1.1 came some new issues. None of the aluminum was textured correctly and the drive shafts weren’t saving to the correct place. We know that many people have been using v1.1, so our solution is to release a patch that you can replace v1.1 with. Instructions on how to install it are below.

This patch also has the addition of a chain generator! Chain in CAD is pretty tedious, and a lot of teams don’t add it to their CAD. @Yuanyang1727G has created a chain generator that lets you input sprocket sizes and center-to-center distance. He also made a YouTube video explaining how to use it.

DISCLAIMER: Existing assemblies with hinges will not resolve properly with the new hinges. If you are using hinges and want to avoid this, delete the hinge folder from the patch before copying.

To install the patch, download and extract the file from the Google Drive link. Then open the library and patch side by side and copy all the folders in the patch to the library. Be sure to select replace all destination files with the same name when prompted.

Previously, the FAQ was exclusive to Discord. Now the FAQ is hosted on Google Docs to be more accessible for everyone. That can be found here.

A series of tutorial videos going over the basics of Inventor are in the works. Stay tuned! If you want to join the community, or have any questions, join our Discord!

You MUST have the latest version of INVENTOR 2020 or INVENTOR 2021 installed for the parts to open correctly.

This is a pretty minimal update, just wanted to tidy some things up.

With how easy the iPart spacers are to use, we have copied that over to screws and standoffs.

Shafts had an issue where they wouldn’t save to the correct location. The new shafts are adaptive and much easier to use. A video tutorial can be found here.

The chain generator has also received an update. It supports all types of chain, including flaps.

This library is NOT compatible with previous versions. If you want to update, wait until you have a new project.

If you still want the functionality of the v1.2 but are on an older version, you can download the individual files that you want from the download link. See the changelog below to see what has changed.

If you have any questions, check out FAQ here.

If you want to join the community, or have any questions, join our Discord!

This is the official FAQ page for the VEX Inventor Library made by VEX CAD. If you aren’t in the community, join the VEX CAD Discord! Everything under Global can be used for the entire library. Anything after that is VERSION SPECIFIC. Please...

Check out the VEX CAD community on Discord - hang out with 671 other members and enjoy free voice and text chat. 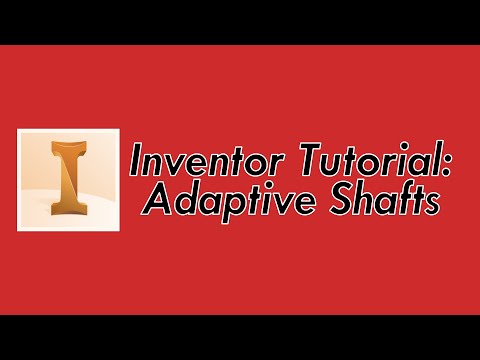