Another problem I am having with a separate Robot Brain is that the screen is stuck on the screen that is shown while updating. I have attached a picture. I have unplugged the battery and from my desktop, but the screen still shows up even after restarting it. Help with this issue is greatly appreciated as well.
Once again, I am new to VEX IQ, so any tips and tricks with troubleshooting these issues would help me greatly. 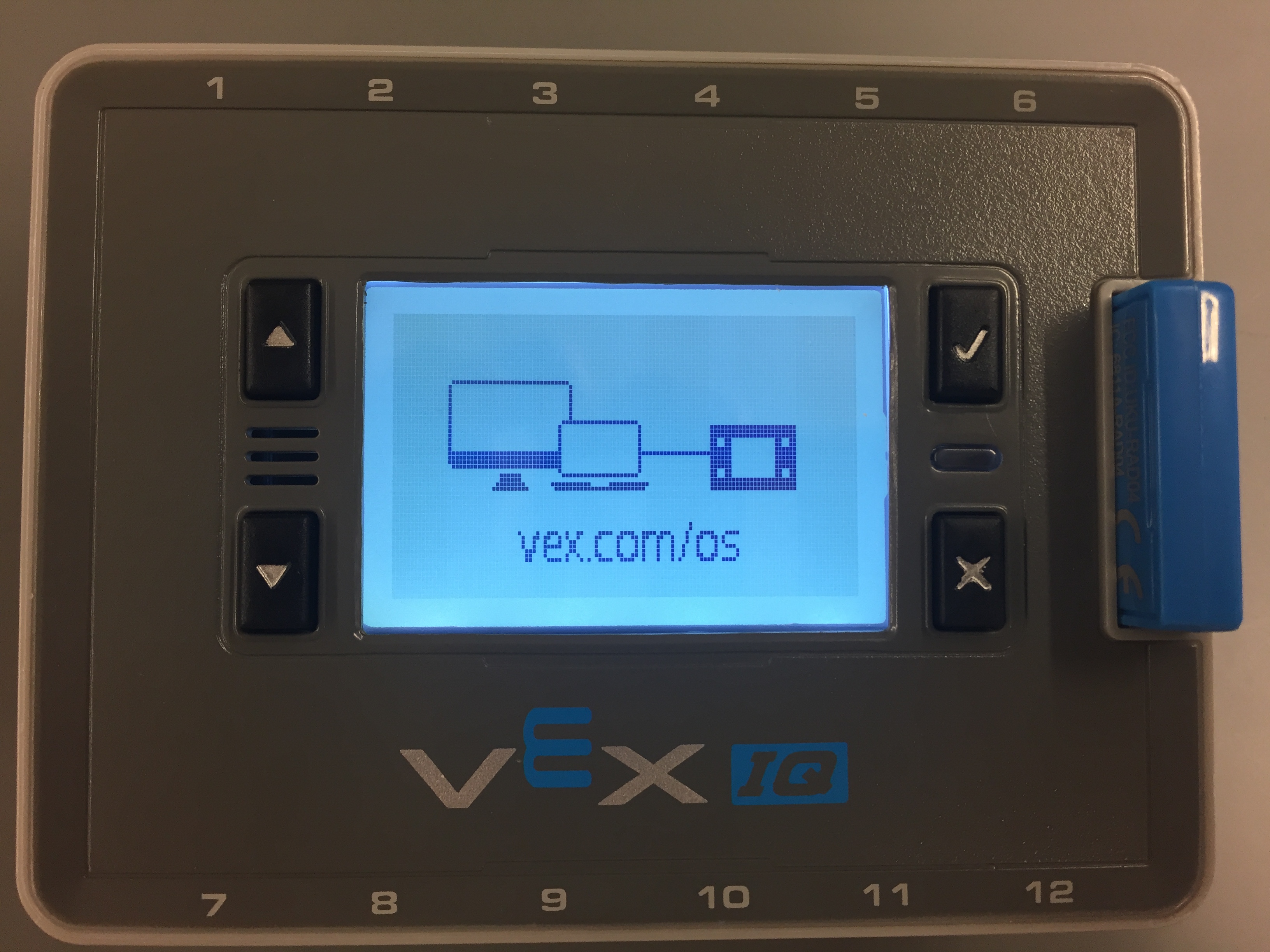 Try powering on with up and down arrows held down, see if the vexos utility can talk to the brain in DFU mode.

Make sure latest VEXos
& look at VEX IQ brain stuck in DFU
& Cannot connect to Vex IQ Brain
And there is this VEX IQ Brain Problem which (like everything) may be out-of-date…
In Computer refusing to do anything with VEX IQ Brain there is discussion of COM ports which helped me with your first issue.
& Brains Not Communicating with Computers

VEXos not connecting to brain

I have had to completely delete and reinstall the device drivers, and VEXos. Were these fresh, first-time VEXos and RobotC installs from latest version downloads?
And trying a different USB port on a (Dell) Win7 laptop actually has helped several times…

Finally, especially about your second issue if not solved above:

If this did not solve the problem or if you have any questions, then please contact VEX Technical Support at support@vex.com or call +1-903-453-0802

Not a coder here, but I don’t think Vex Coding Studio works for Vex IQ. You have to use Robot C, Graphical Robot C, or Modkit.

Of course can use:

Hey, I am working on a new Chromebook (Acer Chromebook 15) and its not connecting to the brain wirelessly OR with a USB wire. VEXCode IQ Version 1.0.9-45 and ChromeOS version 80.0.3987.128 . I really want this to work so that we can switch all the machines to Chrombook.

Make sure you didn’t install the Android version on your Chromebook - you can get the correct link for ChromeOS at code.vex.com

Also try a known, good Micro USB cable on the IQ Brain as well. Wireless downloading isn’t supported on Chromebooks as of today.