We Solved The cornerProblem! (Yes We Know The Change From The GDC)

the ball would be pushed back farther

because I used boxes which pushes the wall farther back.

As shown in my video the ball isnt locked. It’s temporarily stuck so yes i do think it would be more exciting.

This really isn’t much about the GDC’s decision(although I’m a little upset about it) it’s more about we fixed the problem and thoughts on how the GDC’s ruling would make a huge difference in the play of the game.

Before you make more posts on this thread, I encourage you to think about what the purpose of your posting is, and to carefully read through previous posts.

This really isn’t much about the GDC’s decision(although I’m a little upset about it) it’s more about we fixed the problem and thoughts on how the GDC’s ruling would make a huge difference in the play of the game.

The force that you need to retrieve a ball even as originally intended is already highly sensitive to the proper spacing of the goal.

I could easily see very long and heated threads later in the season with people complaining that event X or Y didn’t set some of the fields correctly and that it was impossible to descore balls from some of the goals and how it was unfair.

Hello, This is team 2145Z and we would like to address some problems found at the Virginia State Competition. Before we start with the problem, we would like to thank Nova Systemics for hosting such a great competition. The event is very well run but there is one issue. The fields are off by about 2 degrees on many of the goal zones. Although this sounds minor, it has made stacking more than 9 cube stacks almost impossible. This is such a big problem because teams that have high stacking robot…

My guess is that GDC will be sending additional field setup instructions before local competitions begin to ensure that the goals are setup correctly at every venue.

Never hurts to remind such things to EPs that rely on volunteers who may never seen a VRC competition before and have no idea how important those fractions of an inch could be.

In that case, here is a thread detailing many peoples’ opinions on the GDC’s ruling:

One of the kids discovered this today, quite by accident. You can hit the corner balls and they will jam tightly on the backside of the corner goals. This could have devastating consequences on robot design, game strategy, and overall goal of building/competing/etc as this sort of ‘shortcuts’ the anticipated game flow. [image] 5 second video showing ball being jammed into corner: https://youtu.be/VPyggYPpQZU

Just some general advice here. Take it slower, post less, and when you do post, make sure you’re well-informed and that you know what you’re talking about before you post. As an example, this entire topic is pointless and accomplished nothing. Also, no need to use

or other laughing emojis during a discussion, it comes of as being not serious and not knowledgeable about what you are talking about. No offense meant, I understand you’re new. just some general advice/etiquette we like to follow here on the vex forum to make everything more productive and helpful for others.

ok no offense taken but how does the thread “cursed images” productive.

Manual update was May 25th, you have had a month to rebuild. The change to the goals is nothing new. You don’t have to rebuild, from what I can see from your video, it seems like your lift bot is as good as they can get and will work well most of the season.

ok no offense taken but how does the thread “cursed images” productive.

it isn’t, its a chit-chat/rumor mill topic. its a place where people can get a few laughs without trying to be productive or helpful, and that’s how it’s meant to be.

main reason i chose this design was because of the corner

That’s understandable, but if your lift bot was good your hood bot will probably be good.

thanks a lot. yah i might do a hood because of its cycling ability and its amazing speed, but thats for another topic

my goals are right they were built very carefully

No, your goals are very clearly not set up correctly. Lets take a look at the official field specifications appendix of the game manual: 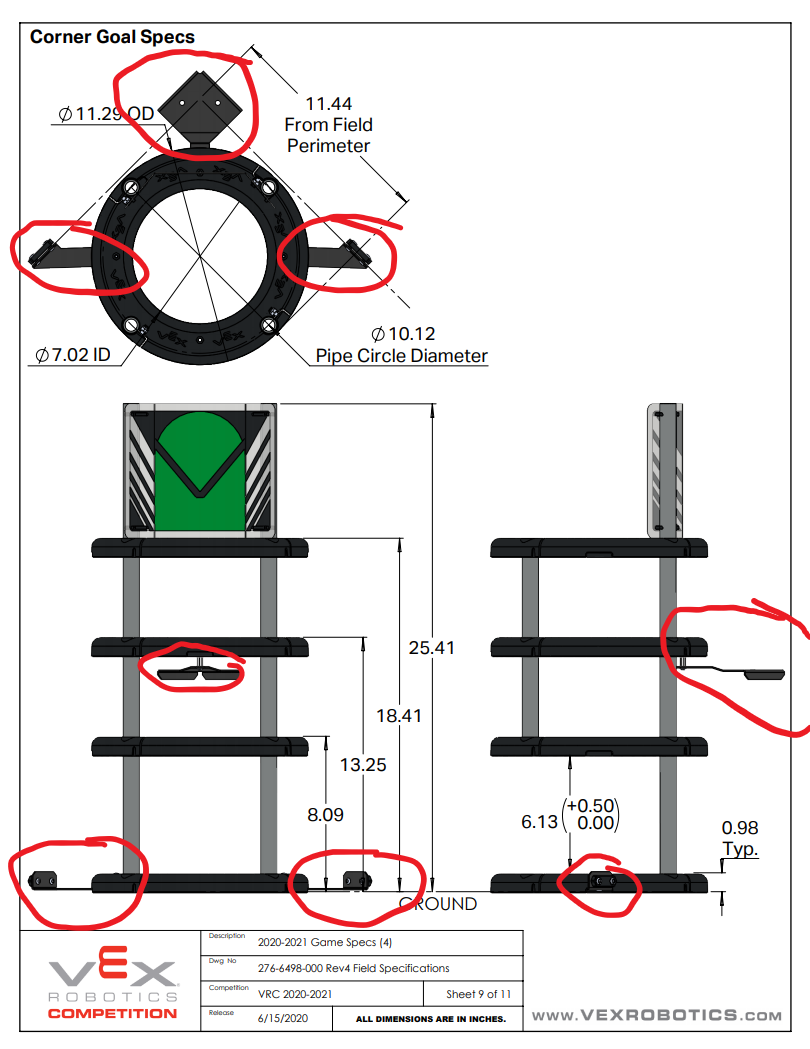 The assembly instructions and field specifications say that corner goals should be attached to the field perimeter at three points, two on the bottom and one near the middle of the goal. These attachment points greatly increase the rigidity of the goal and make it more difficult to remove balls. From what I can tell, the goal in your video is not attached at all. In fact, you can see that when your robot runs into the goal to retrieve the ball, the goal actually lifts off the ground. These factors can significantly affect the difficulty level of retrieving locked balls.

thanks a lot. yah i might do a hood because of its cycling ability and its amazing speed, but thats for another topic

I am quite happy that this topic had a peaceful resolutuon and didn’t have to be locked!

But as the discussion was unfolding I was trying to imagine what would be the meme (you know who) would post before hammering it closed. This was my best guess: 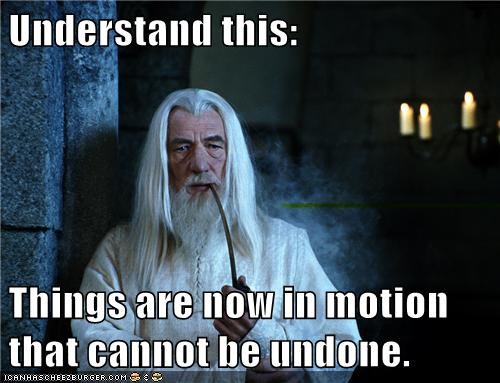 In all seriousness you all do understand there was a update on May 25th to fix this problem. I wanted to say this as the rest of this thread could be misleading to some newer teams.

I elect to close the thread here