What are the cons of a hood bot?

The hood bot seems like it will at the very least be the early season meta. I’ve seen lots of good things about the hood bot compared to the other designs out there but what are potential draw backs?

Personally, I think the back spin created by the roller/flywheel is risky. I could totally see balls jumping out of the robot, hitting the goal, and rolling backwards away from the entrance of the goal on occasion. A forward spinning motion would be more advantageous as it would likely be more accurate.

It seems harder to build than a traybot for a start. Aside from that the ball capacity is lower than that of a tray although I don’t see this as being particularly important.

It seems harder to build than a traybot for a start.

I wonder why traybots seem so easy to people this year

Cause they don’t have to build it.

think the back spin created by the roller/flywheel is risky.

That not the actual risk. From my testing the actual risk is misalignment with the goal and the flywheel slowing down which causes Occasional missing
While cycling the balls, another problem is that sometimes the balls will hit each other after being launched https://youtu.be/PvMmgw5WAmA

768A do you think the balls hitting each other could simply be fixed with a macro of some sort? I think it might work well to place a sensor at the end of the hood to be able to sense when the ball leaves the robot so that the program can have better ball control. Maybe a tiny delay would do the trick.

You could add a limit switch at the top of the hood to detect the ball and allows the flywheel to rev at full speed.

Yeah I’m thinking of either a limit switch or a line sensor, I’m leaning towards line sensor if it is possible to get consistent readings cause the line sensor is contactless. Both should be possible, the macro programming might be a bit different than what I was thinking but it should be a benefit. 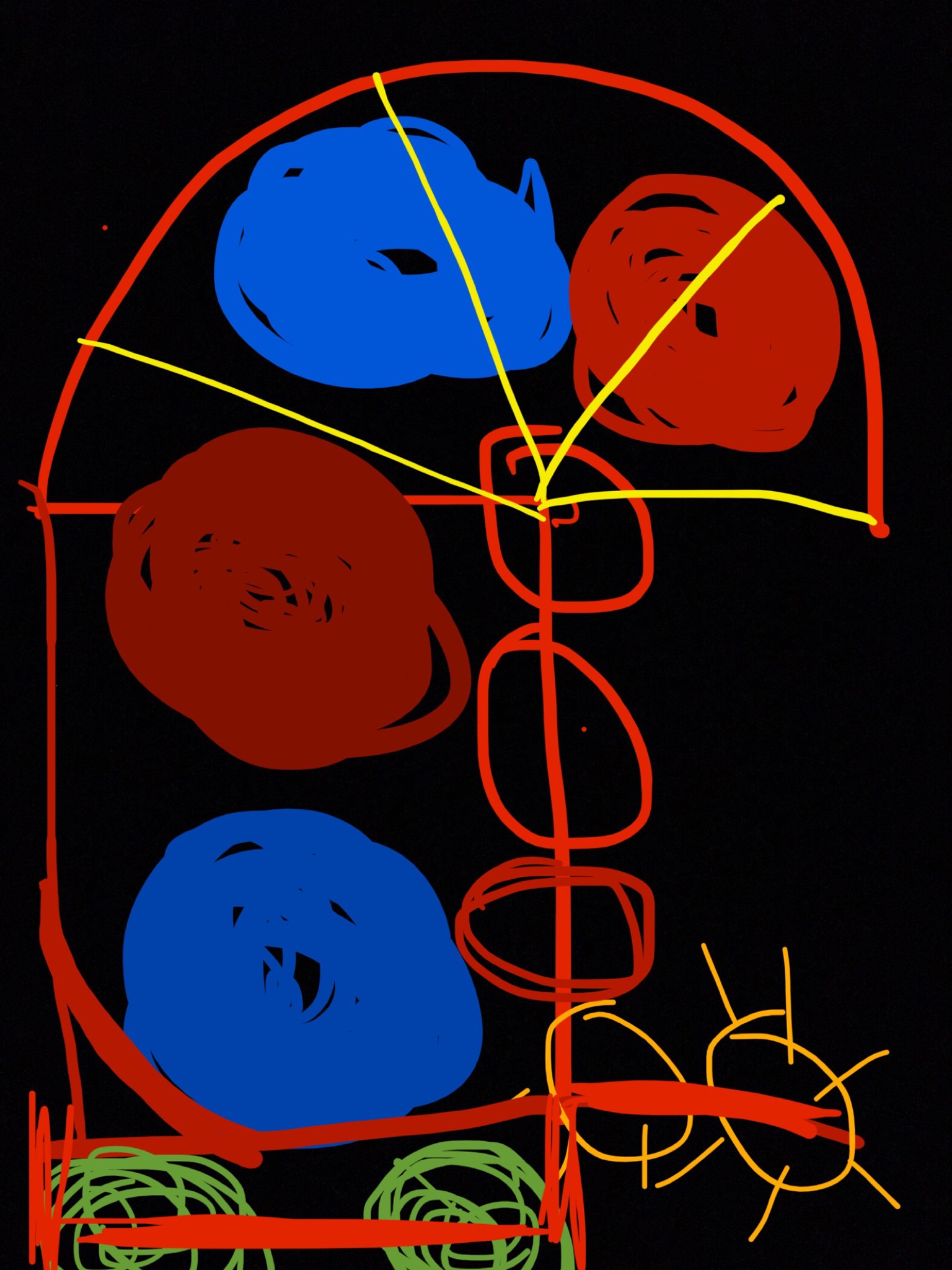 I believe that something like this will be the end season meta.
And this can truly be called a “snail bot”.

This design would eliminate any need for a flywheel, which would make things a lot easier. Also 1 motor indexer

I disagree with this. There is no physical way to make the robot hood arc 180 degrees from the highest point on the robot and still have a working scoring mechanism. The towers are slightly taller than the robot height limit. to achieve this, one would have to make something along the lines of a… hmmm… THAT could be meta. Nevermind. Let me test this design first… I’ll let you guys know if what I’m thinking of works (along with the design oc).

It’s not that though. The limited starting dimensions of the robot (18" x 18" x 18") are not taller than the goals (approximately 8.4"). This being said, if you hinge those stages at the point at which you do (assumingly the highest point on your robot) the bottom of your hood will be slightly shorter than the goal. Not to mention, you are going to lose a little more height when you hinge the hood stages do to the holes no being RIGHT at the top of the c-channels. 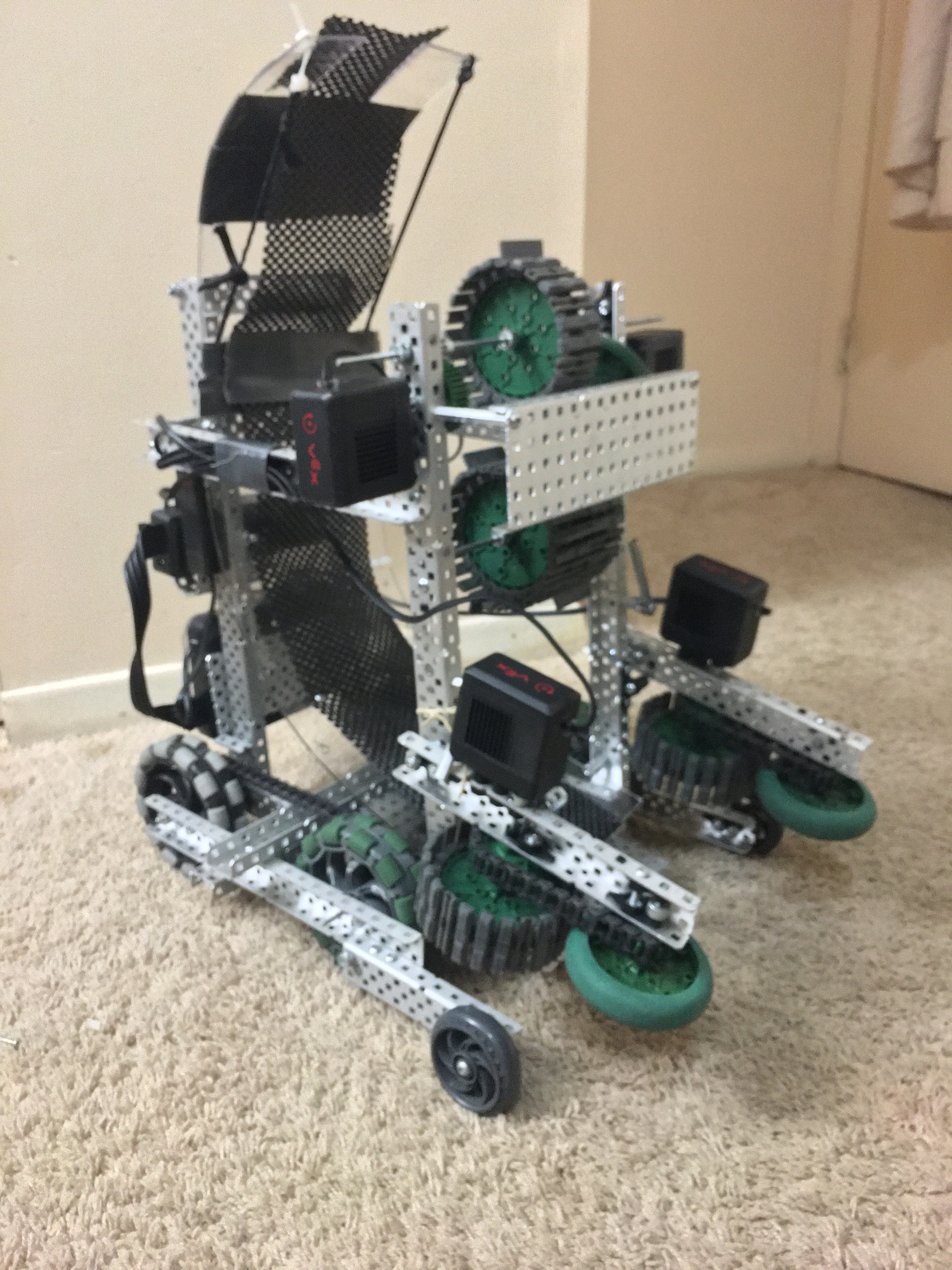 Precisely. After your robot starts to drive, you would have to have a mechanism that lifts the ENTIRE mechanism about 2" (ideally). That way, there is no QUESTION about the ability of the robot to score.

I meant no extended hood just rails Till the second line

The whole concept of launching a ball into the air has inherent risks about it, but with the current hood bot designs of light popping from directly in front of the goal, it shouldn’t be a major problem. It will likely be a much larger problem early season than later season. Early season would be the time to capitalize on the shooting problems of hoodbots and win a tournament with a different robot.

One of the biggest cons I see with a hood bot is the intake and shooting. It will likely be more difficult to shoot a ball into the goal when you aren’t trying to take any balls out. The positioning of the intakes will protrude into the goal, and may grip the balls as you position to launch. Then backing away could lead to pulling a ball out. I don’t really know though, I haven’t tested this. The easy solution to this would be a shot from distance, but reliability goes down as distance goes up. Driver practice and auton are necessities this season.

Then backing away could lead to pulling a ball out.

just make a macro that spins the intakes in reverse when you back away from shooting.

I really don’t think hood bots have any major flaws that other robots don’t have. the lower capacity probably won’t be very important, if you’re spending time collecting more than 3 balls your wasting time you could be using to score. And the fact that the balls aren’t being launched as much as gently tossed, as well as the high tolerances in landing a successful shot mean that hoods will likely be very accurate.