Reverse stacking is when you build your stack by putting cubes on the bottom. I want to do this for tower takeover game but it requires the stack of cubes to not fall over. I came up with an idea to reverse stack and passively hold the cube stack. It uses a sort of back-plate that can extend freely. The back-plate gets pushed by the cubes in the stack. By mounting the whole mechanism at an angle one side can be open and allow the robot to deposit the cube stack quickly and easily. Here is an a…

Anyway I have come up with a redesign which should fix many of the problems. It has a DR4B for putting cubes in the towers and the Extending Reverse Stacker© is much more compact and lightweight. I don’t know how well it will hold the cubes when actually built but this is just a concept.

The Extending Reverse Stacker© uses rope to secure the cubes. The rope is pulled tight using rubber bands which makes it completely passive. Note the rubber bands should be long to maintain roughly equal pull the entire time.

Here is the video…


I am interested to hear your thoughts and ideas about this concept and how to improve it.
54 Likes
DR4B Extending Reverse Stacker (v3) - Ultimate Passive Intake
Tower Takeover passive intake designs
Claw ideas for towertakeovver
Extended Stacker HELP
Feasibility of Sonar Drive Adjustments
Ideas for tower takeover: Middle school
Robot design tower takeover
Has anybody made any CAD models yet?
Deicer May 5, 2019, 10:14pm #2

What’s powering that claw? a motor?

It looks really really awesome, especially with the animation. I like it!

But, it looks hard to drive to intake correctly (cause it has to be just right) and releasing probably wouldn’t be as smooth as shown here.

Still a really good concept tho, I hope to see more of these

What’s powering that claw? a motor?

It isn’t in the animation, but yes it is powered by a motor.

I think it’s a brilliant design, but I’ll have to put my own spin on the claw so it works with what I have designed myself. Hopefully that rope doesn’t get tangled

Interesting idea, but one bump to the stack could mess up the entire system

I think the only flaw is that it can’t stack above what the dr4b can reach, I was going to suggest removing that front rope, but I guess that rubber band would just pull the cubes down anyway.

Yes it can. It shows it in the video.

Wow seems awesome, it’s even better than the last one! My only issue is driving with a 5 foot tall stack on your robot, the bands would have to be pulling super hard to keep the tower upright, and one misstep could flip over your entire robot. Would.work brilliant for say, 5 cubes at a time

I meant how you couldn’t place the full tower, you had to break it into two smaller towers. I think being able to do that would be a big benefit, plus you wouldn’t have to raise the lift to unload, you could just drive away

Super cool idea, very creative. I noticed that even if the cubes shifted a little as long as it didn’t turn it would realign coming out. My biggest concern though is how well it will work against defense. you would need a really strong drive to not be bumped. I really like how it was designed to place into the zone easy without going over the red bumps. Though alignment looks really difficult so it would need something to align easier. Overall thanks for showing it. It looks awesome.

This is a very well-made render and animation but I think there are serious design flaws you need to address.
EDIT : I’m gonna pretend statement #1 didn’t exist. (I was criticizing the use of string) 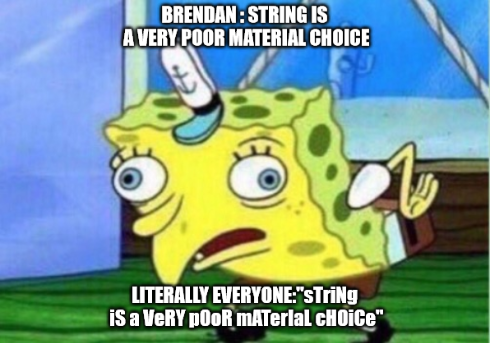 Regardless of M8R’s response I’m going to leave these points here anyways in case they are still of some use.
2. Your intake wouldn’t actually work. Obviously the claw itself would work, but if you have rubber bands constantly applying pressure to the string the string isn’t ever going to move when you pick up a cube unless you had an extreme amount of downward force. Plus, those same rubber bands are going to continue to apply that downward force and you risk having cubes fall out of the intake.

Obviously this is a bit and a lot of it probably can’t be fixed, but I’m interested to see where you can take this design.

Thanks for the reply.
Those are some great flaws and I hope me/people on vex form can come up with solutions to fix these problems.

The animation makes it look a bit thin, but I don’t think that ripping would be a problem.

I actually disagree with a lot of the criticisms posted here. Most of them deal with the idea that you can have a separate rubber band drum that has a reduction to the string drum in order to decrease the distance the rubber bands travel, therefore allowing the force to be far more constant.

I really like how this design has progressed from the original Reverse Stacker concept. I would recommend changing a few things on the overall robot design though.

For one, even if you used string to hold said amount of cubes, what is the guarantee that they will stay in that position? The cubes are extremely slippery from what I’ve heard, so unless you try to swap those out for something like latex tubing or a long strand of bands made from cutting up a few, I feel that it would not be able to consistently stack up that high.

Another gripe that I have as @MyrddinEmyrs mentioned is the center of gravity on your robot. The first 4-5 cubes or so would be fine to stack with this robot, but after going past that, the robot will most likely tip from all of the weight being at the edge of the robot. It might be solvable by placing the brain and battery in the very back of the robot, but it will only help so much. If I may recommend, having anti-tips in the front that do not prevent stacking in the goals would be the best option in your case. Lowering the overall base height also may help in dropping your COG.

This final opinion might be a bit nitpicky, but I feel that alignment with this style of intake would be seen as fairly hard unless you design a passive aligner that does not interfere with out-taking and placing stacks in the goal. if anything, trying to make a dual-stage intake where there are side-rollers to help move the cubes to the main passive intake might be more logical for driving smoothly and efficiently.

I hope I see this design progress even more throughout this season, good luck guys!

I feel the only real major problem is that this could only stack 4 Mybe 5 cubes.

An aligner seems unnecessary? the stack would be placed wherever is easiest, it seems like an aligner would only be limiting.

He meant for pick up cubes.

Yes; similar to the intake bumpers in Turning Point to guide the ball into the intake. However that’s a fairly simple fix, you probably just need bumpers of your own.

Thanks again for all the feed back.

What if there was a four bar on top of the DR4B. This would add extra height, but more importantly allow you hold the stack in the center of your robot to counteract the center of gravity issue.