Flywheel Weight - VEX Robotics. I was wondering if this would be useful for vex iq pitching in

Weights would certainly increase the energy that is transferred to the balls while shooting; but at the same time, it would put more strain on your motors. 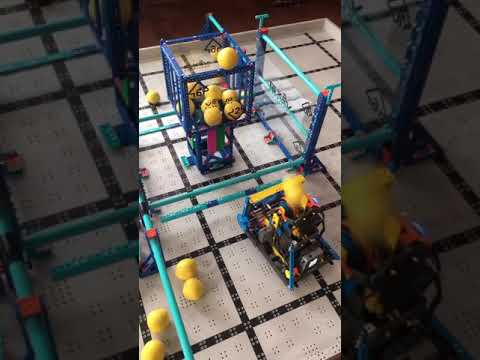 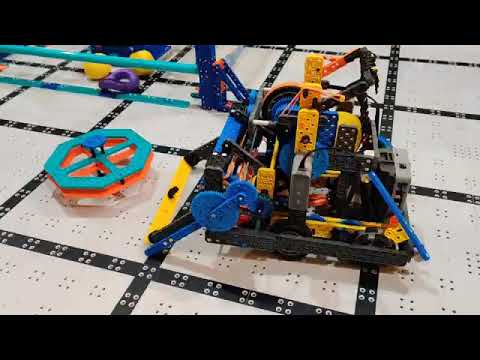 Ok I didnt use flywheel weights i just strapped a bunch of gears around the flywheel and that worked pretty well. With a single motor the recharge time was <0.5 seconds.

Having more weight on the flywheel increase the moment of inertia, which allows you to store more energy without needing to increase the rpm. When a flywheel is shooting a ball, the ball is stealing energy from the flywheel, and using it to get launched out of the bot. If there isn’t enough energy, the ball will just tumble out, or even get stuck in the bot. So by increasing the amount of weight, you can store more energy in the flywheel, and this will allow you to shoot more balls in a row before the wheel is going too slow, but because it takes more energy to reach the same rpm, it will take longer to get up to speed.

The key thing to note, is that this doesn’t increase the amount of energy coming into the flywheel. This means that if you were to be constantly shooting balls, adding weight wouldn’t allow you to shoot balls at a higher rate. The only way to do that would be to increase the amount of motors, or make the flywheel more efficient by reducing friction and fine tuning it.

However, if you’re shooting balls in bursts instead, having more weight allows you to be putting more energy into the flywheel while you’re scavenging for balls, and thus spend less time shooting into the goal.

To simplify, adding more weight = longer spin-up time but a smaller drop in rpm between shots

As for what the ideal amount of weight on a flywheel is, that can only be found through experimentation and tuning, to figure out what’s ideal for your bot, as you need to balance the pros and cons.

I know this doesn’t really relate

Since it does not relate why don’t you make a new topic for your question. It’s super easy to do and will prevent this topic from being detailed on a side tangent.

There is a topic that can help you with that.

Im just interested: was strapping multiple wheels on the flywheel a good alternative? Also do rubber bands on the wheel actually help? It didnt make a difference on my troll bot

In VRC we put rubber bands on to increase the grip of the flywheel, but if the tire itself is grippy enough then there’s not as much of a need for them, unless you’re using them to smoothen out the flywheel’s surface. Keeping the bands aligned can also be annoying.

I’ve found the rubber bands to increase the consistency of the shot. I would guess this is because they provide a consistent grippiness to the balls, and the wheels themselves, for whatever reason, don’t. Then you might be wondering, “Does a lot of rubber bands make it work even better?”. My answer to that is “I’m not sure.” From my limited testing, it doesn’t change it much, and for me personally, one rubber band on each worked best, but that is not to say that it is better.

Yes, strapping multiple wheels together is an alternative, but rubber bands don’t help very much.
(multiple gears will work too. you know what im talking about hao.)

on your flywheel robot, didnt you use silicone bands, not rubber bands, because it looked tight around the wheel and i think rubber bands would be loose

Yes, I did use the silicone #64 ones, but not intentionally. That was just what I had lying around at the time, and so I used them. Regular rubber bands would work just fine though, as they are also #64 (or you could use the other legal size, #32, since the numbers are based on the size of the band, not the material).

ok thanks. and also, im not sure but i dont think the carton-coloured rubber bands you used to make your intake are allowed because i didnt see them on the legal parts pdf. correct me if im wrong