Any Ideas on how to get over/Around wall-bots? especially since they could be prominent this year and cause a large disruption in regular game play. Also, if you are hoarding balls behind a wall-bot then would those be counted as in possession of that robot?

Any Ideas on how to get over/Around wall-bots?

You could stop them from deploying. I bet a boogie drive would be able to move over them, but they need to have 6 motors.

best way to deal with a wallbot is to stop it from deploying properly. you can do this just by having one robot on your alliance just stick to the wallbot and push it around the whole match.

Yes I’m 100% confident many wallbots have made it to worlds, only some are disguised as lift bots. 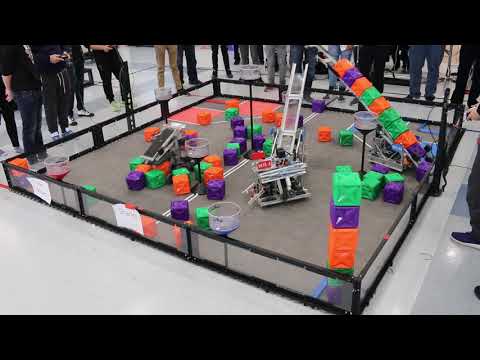 Yes I’m 100% confident many wallbots have made it to worlds, only some are disguised as lift bots.

I realize that this match video from 2/1/19 at “NERD Nation Tower Takeover” has gotten a bit more attention than anticipated. Because of this, I figured I might as well make a post on it. Firstly, yes. This was completely intentional from the beginning of the match. And I do not claim that this idea is completely original, but my team and I did conceive it independently. The video speaks for itself. ~6’ lift goes up, and crashes down in front of our opponents’ protected goal zone, not crossin…


A reference to this, I assume. Meng, in that same thread, also referenced:

So there have been Wallbots at Worlds. Other examples include the VCAT Skyrise bot (VexU), and many others, including the 2W world champion bot.

Build a prototype wall-bot (doesn’t need motors, wheels, etc.) that you think you may encounter and see how you can deal with it.

It’s fine to ask the forums for ideas, but there’s no substitute for doing the work yourself.

Has a wallbot ever made it to worlds? 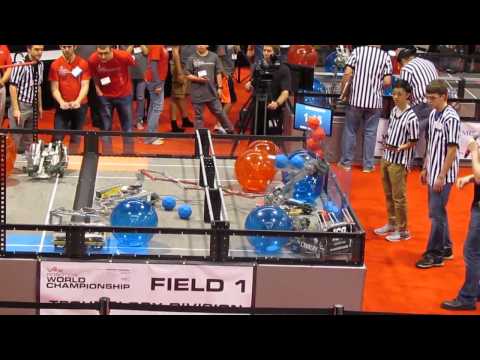 EDIT: Oops, guess I should have scrolled to the bottom. Much like some people should have read the previous thread about wallbots.

The 127B wallbot was kinda better tho ngl.

Yep. Team 2W won Gateway Worlds with one. They were able to confine both robots to their isolation zone, which isolated them from goals and scoring objects (remember that the 1st ball scored in a goal scored extra points for that alliance). The robot weighed 50-60 pounds and was quite a beast (they were also able to “cap” the center goal). 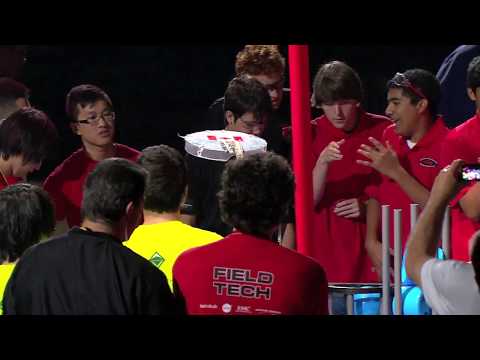 You could stop them from deploying. I bet a boogie drive would be able to move over them, but they need to have 6 motors.

best way to deal with a wallbot is to stop it from deploying properly. you can do this just by having one robot on your alliance just stick to the wallbot and push it around the whole match.

Just break it. Purely defensive bots (i.e. wallbots) waive G12 protections. And to go with that, they can be dragged, pushed, etc.

A properly designed and built wallbot is practically unbreakable. 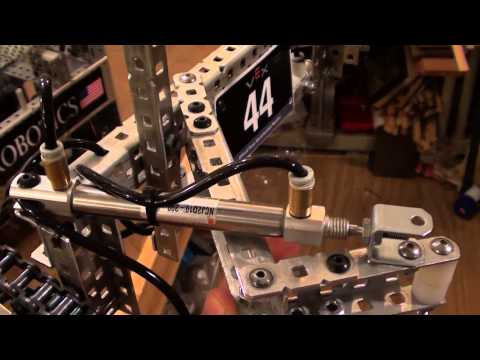 You can try breaking through the 5-wide c-channels or the steel linear slides.
It won’t work.

Even for that much mentioned QCC2 vs VCAT match, obviously the wall was not the most sturdy. But even then, it still took both QCC2 robots to pggyback each other (I remember it was a total of 16 x 393 motors… i might have remember wrongly) to break the wall.

And i really doubt the robot can go over the wall just with using boogie drive.

Wallbot relies a lot on the element of surprise. If it is revealed or shown to the world too early, opponents will be able to think of ways to counter the wallbot.
In past years, you will only start to see wallbots during states and at worlds.

And I just want to reiterate this point that i have made in other threads - wallbot requires a proper game analysis and to figure out a real solid game approach/plan that has taken into account of what your opponents can/will do and you will still win.

There have been quite a few wallbots that appeared in worlds.
But no, most of the time they didnt qualified for worlds using their wallbots. They just built the wallbots for worlds.

But wallbots - don’t expect it to be ranked high up the ranking. And it takes courage (with good game analysis) for the seeded teams to take their chance in picking the wallbots.
When we were still have a 3-teams elimination alliances, it was easier for wallbots to be picked (as a 2nd pick), but with the current 2-team alliance, I can imagine most teams will prefer not to pick a wallbot for eliminations.

Our team won nationals with a wallbot in TT and was gonna go to worlds, but well…

That was a mad match

Yeah, if you build a wall right it’s unbreakable and uncrossable, you could counter it by just pushing it making it not deploy the whole match but then it’s still a 1v1 and the bot with the wall may have the stronger drive meaning it can control the pushing match to block what it wants (I did this quite a bit) part of this could be making you push it into a wall meaning you have to back up, giving it time to deploy the wall (a good one will be fast enough). In this game there are 2 viable places for a wall, the home row (for some safe secure points) or the middle of the field (if the q&a rules that that doesn’t count as hording) in both of these scenarios there is nothing from stoping you pulling the wall out of position, if it’s at the home row it’s a lot easier for the bot it belongs to to protect it because they can just push it back, but if it’s in the middle of the field it would have to pull back meaning it would have to not be a tether bot (I personally don’t think you should do a wallbot with no tether, you’re relying soely on your partner if u do this wich will probs end up badly) or at least act as if it isn’t (just be hooked to the wall) but even then if both you and your partner can just pull the wall at one end you should be able to just move it out the way, this wasn’t possible last year because the towers blocked walls like mine in if they were big enough

Basically what I’m saying is this year, unlike last year, u can pull it. Just have a hook on ur bot and u can counter a wallbot, even one with an 8 motor drive that doesn’t detach, if ur pulling at one end, especially if ur partner is too

If you passively deploy a 12’ wall to block off the home row (after completing home row) during auton the wall would get stuck on the middle row if someone tried to pull it, and you’d still have all 8 motors to build a fully functional snailbot