So, I am not super happy with my robot right now- it isn’t the sturdiest, and since it has been redesigned several times, there are a lot of things that could be done better. So if we do decide to do a rebuild, I would like to make it a lot easier on myself by actually learning to do CAD. So I have Fusion 360, but have no Idea how to use it for vex. If someone could just give me a sort of rundown on the basics, that would be great!
Thanks in advance!
Edit: I am familiar with some knowledge of CAD (tinkercad, some of Freecad)

I use inventor and am not particularly familiar with fusion 360. My one recommendation, however, is to join the vex cad discord server. There are a lot of people there really knowledgeable with all types of cad who can probably point you in the direction of good tutorials. If you’re not interested in discord I’d try googling tutorials but odds are you won’t get the best ones possible

Preface: Haven’t really seen any threads about this so I figured I may as well start one. Also, I’m well aware of the Vex CAD discord server, but not all forum users or competitors are actively on discord. When I first started CAD, I didn’t know where to begin. I kind of just used the inspect tool and field appendix dimensions to get an assembly started –– almost like trial and error. But it wasn’t terribly inefficient, and it actually lent me some decent results. But then I got to college… Un…

It’s great that you decided to use a modelling program to design your robot, and even better that you have already downloaded Fusion 360. I’ve been using the program for a few months now, so I’m definitely not a pro but do know a few things.

First, I would recommend that you download the parts library that was released here: VEX CAD Fusion 360 Parts Library Release Log
It’s a one time process that all first timer users go through that might take 1-2 hours. You need to download the zip-file, uncompress the folder, and then 1 by 1 upload each item into your Fusion 360 project folder (from within the application, not through windows file explorer).

Also, DOWNLOAD THE ADD-IN! When modelling, you will definitely need to change the size of your c-channels or axles, the add-in will save you a lot of time. It’s a button called “modify”, sort of like the “move” and “joint” buttons you may see. Once downloaded, to manipulate the length of your object, all you need to do is go to the “Vex CAD Library” tab, click on “Modify”, and then you can specify which length you need down to the millimetre.

The 2 items above are ways to get started. Some other general tips for a first time user are:

Some of these tips may be hard to understand without some previous experience with the program, but I’m sure they’ll quickly make sense soon enough. Good luck!

Since nobody else has mentioned this, Inventor is a lot better at handling large assemblies (such as robots) than fusion 360 is. If you have time to install it, I really think inventor is worth it (I’ve used both, and Fusion becomes vey slow after about 100-200 pieces per assembly in my experience.)

I’ve used both, and Fusion becomes vey slow after about 100-200 pieces per assembly in my experience

I would argue that the speed at which the application can process assemblies has more to do with your computer than it does with the program itself. But I will agree that Inventor is better for assemblies than Fusion, just not necessarily because of processing speed.

So I downloaded the Add in, and when I search for modify in the downloads, I see this: 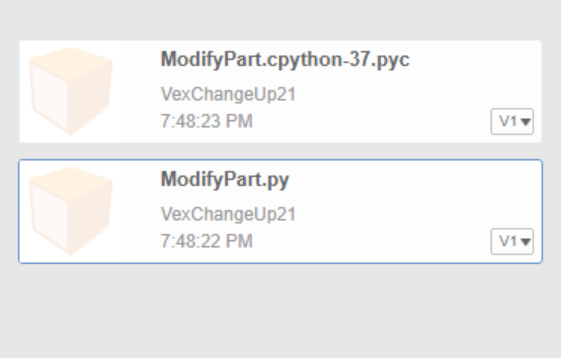 Is this what I should be seeing? because It’s not doing anything.

Did you download and install it properly?
Seems as you had installed it as a part. Try reinstalling it following this written tutorial by the team behind the parts library.

Downloading the add in is a bit tricky. You don’t upload the file into your project like you would do for vex parts. The steps are in this written tutorial that is also part of the Parts Library Release post linked above: https://tapnair.github.io/installation.html

So on the tutorial, it says that I can add them in with the Addin button on the main toolbar. But I don’t see that on mine. I just updated F360, too.

The tutorial we linked to was not made by us. It was made by a guy who who works at autodesk that as a side project created apper (the that framework significantly aided the development of our add-in)

I tried googling, result is that add-ins got moved to the “tools” toolbar

I’m getting trouble trying to put the add-in into Fusion 360. I’m putting it in the API file but idk what I’m doing wrong.

So, I had schoolwork this week, but today, I sat down and started an x-drive cad.

I want to copy and move the pod area so I don’t have to redo it all. How would I do that?

Also, does anyone know where I can download the file of a ball?

I found the field CAD file .STEP and downloaded into Fusion. Is there a way I can Isolate one ball? It views all of them as part of the field, and I want to get rid of the field. I saw this post

@Xenon27 is right. To import the Change Up field, I downloaded the field STEP file, unzipped it, and uploaded the file into Fusion 360. To get a single ball, I right clicked on a ball in the browser tab and clicked export. After that, you can click and drag your new ball file into the desired project.

The field STEP file is on this page underneath the Docs & Downloads tab. 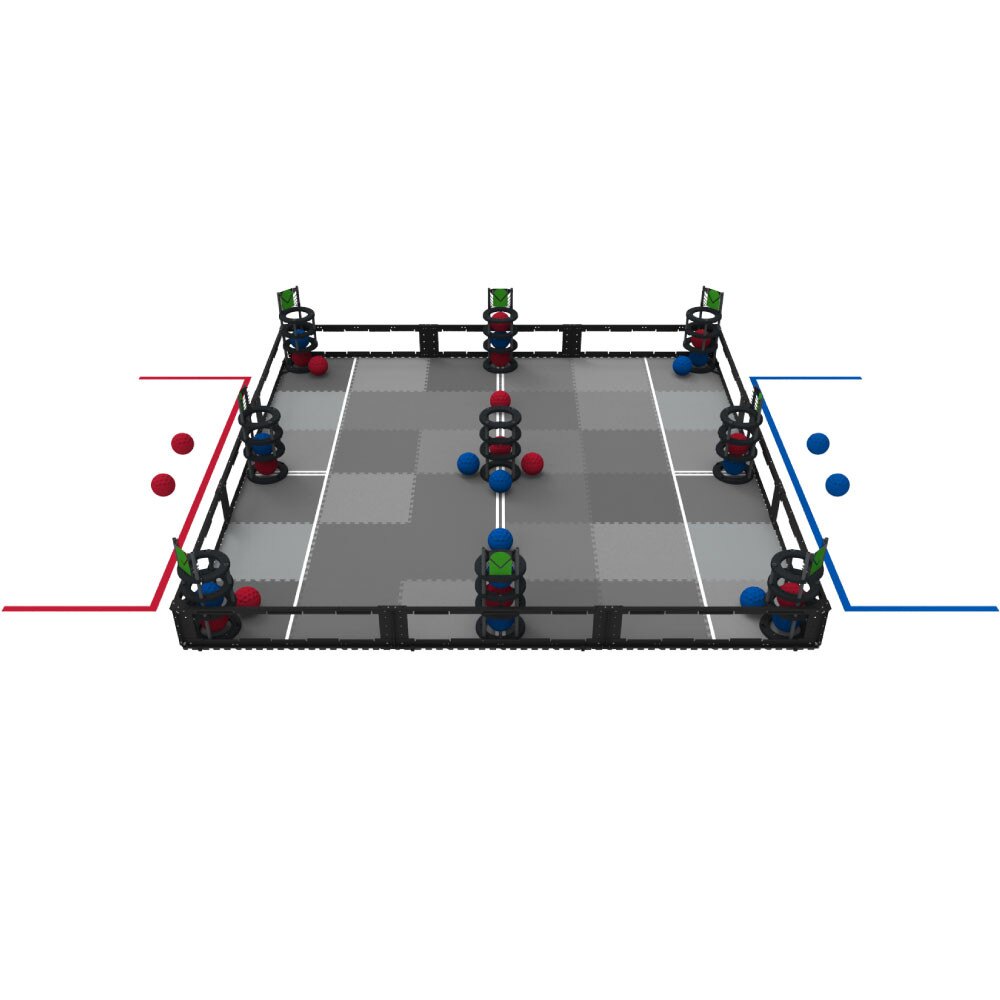 But It all shows up as one part in the browser.

Sorry for all the questions, but is there a way I can get rid of all the sketch points on the C-channel?

I don’t remember if it’s the same for fusion or not, but in inventor you can just go to the view tab and then construction surfaces off