Based on the pictures here: X-Drive with Custom Gussets and the next post by @Ethan5956F Plexiglass X-Drive Pods were thing for 2019-2020

Add in the CAD work by @vexreally Simpler X-Drive Design (love the C Channel reinforcement) from this spring and from what I’ve seen from other team builds, they are still out there.

I’m still a fan of the old school 1x5x1 C-channel bases, but these new sleek designs are looking good. What are you building / have built for X-drive pods this year? What is your new snazzy design that makes you “Ruler of the X-Drive”? Anyone marry the ease of the custom plexiglass 45 gusset and the extra strength of Vexreally? Or have you enhanced the simplicity of @Codec’s design? 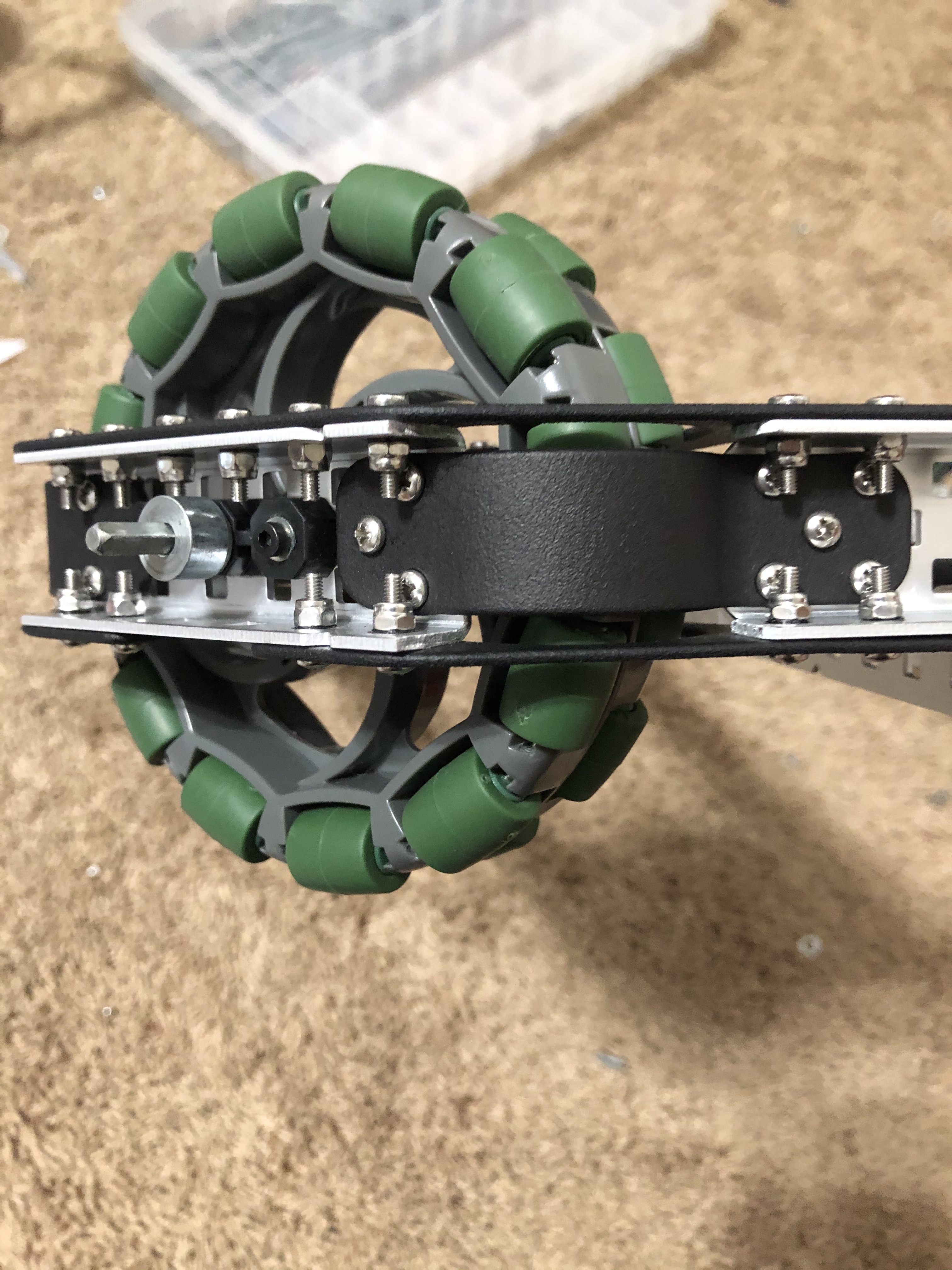 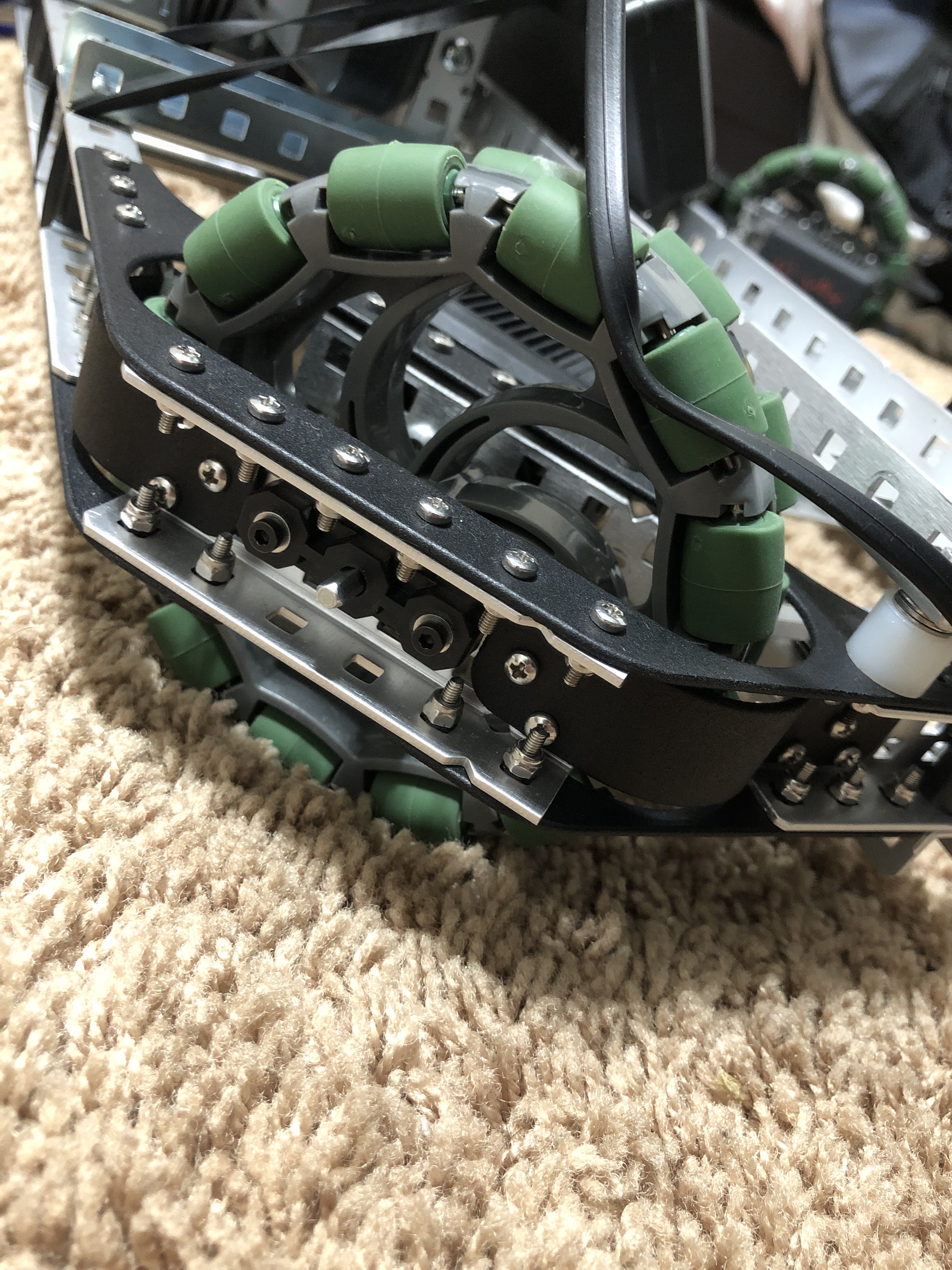 We still use the old way with vex 45 degree gussets. It’s simple and works well enough. 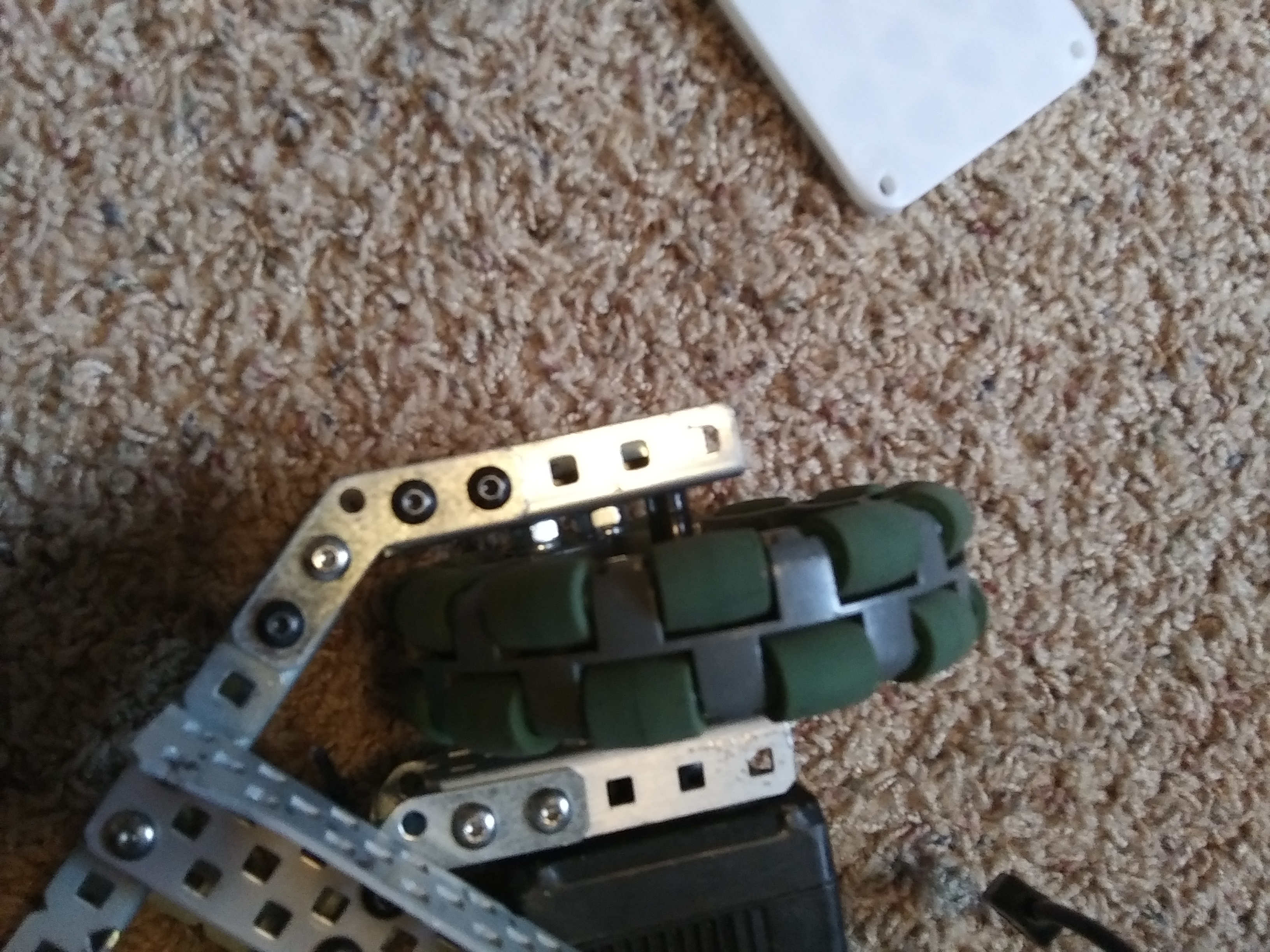 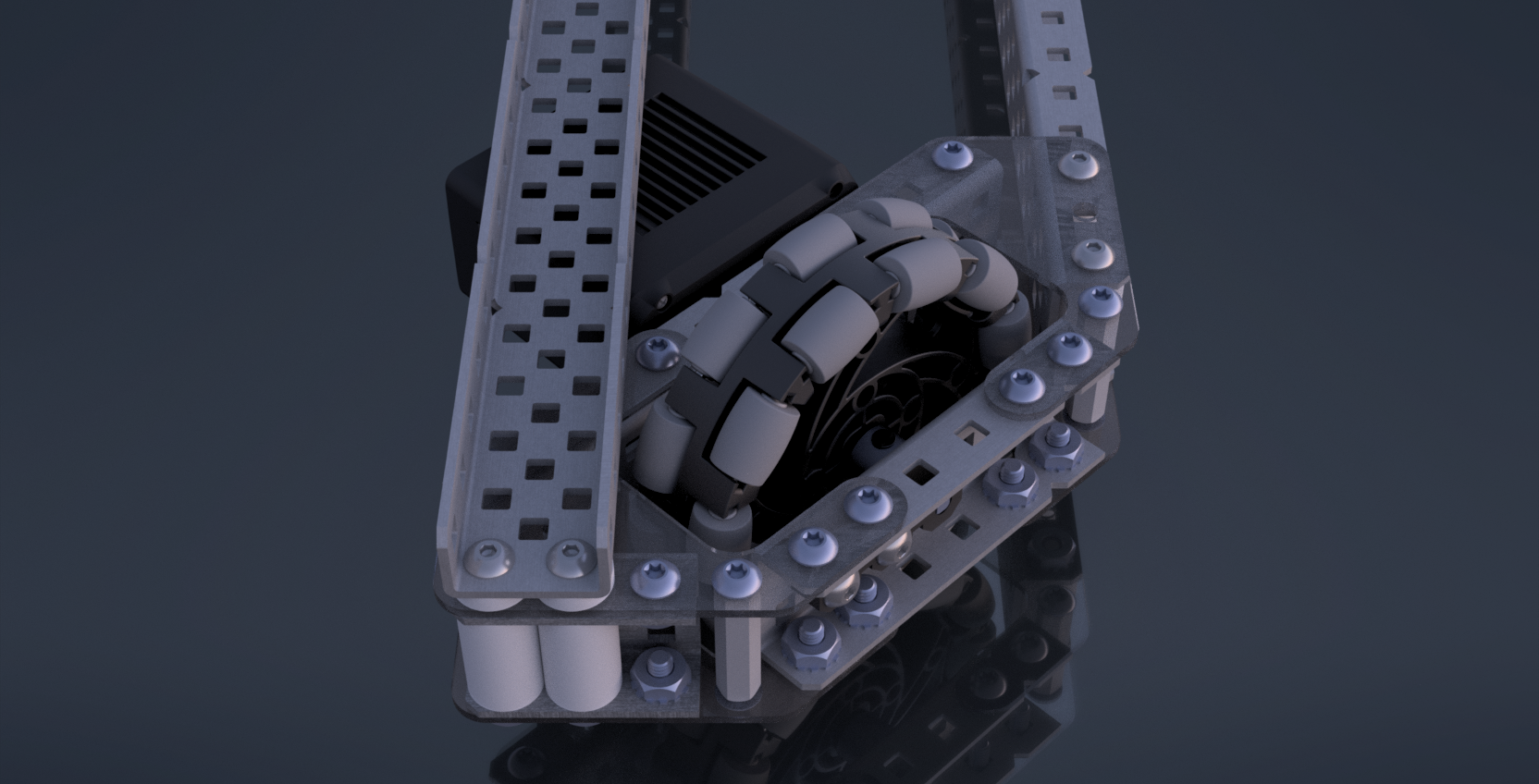 Hoping to cut these out this week. 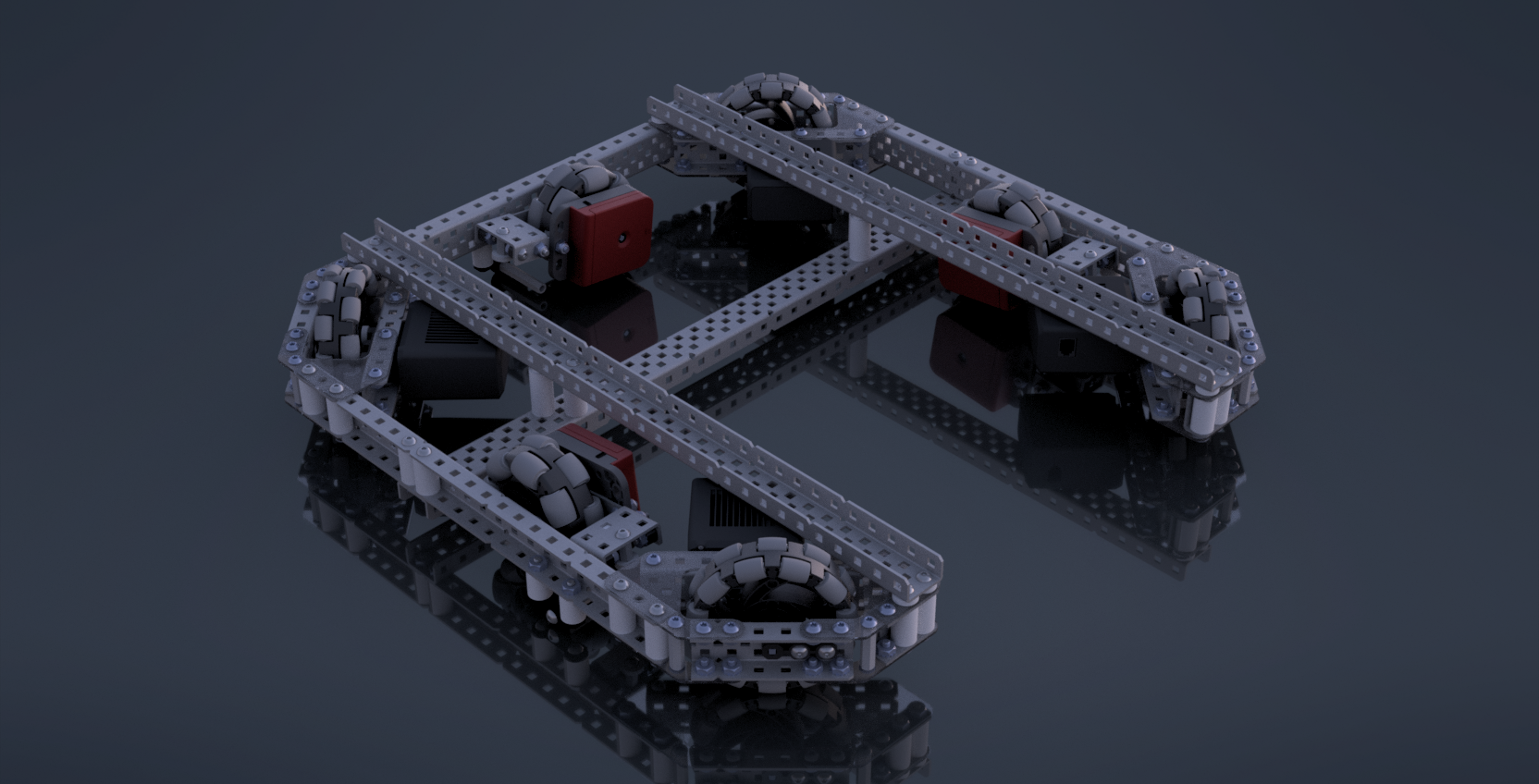 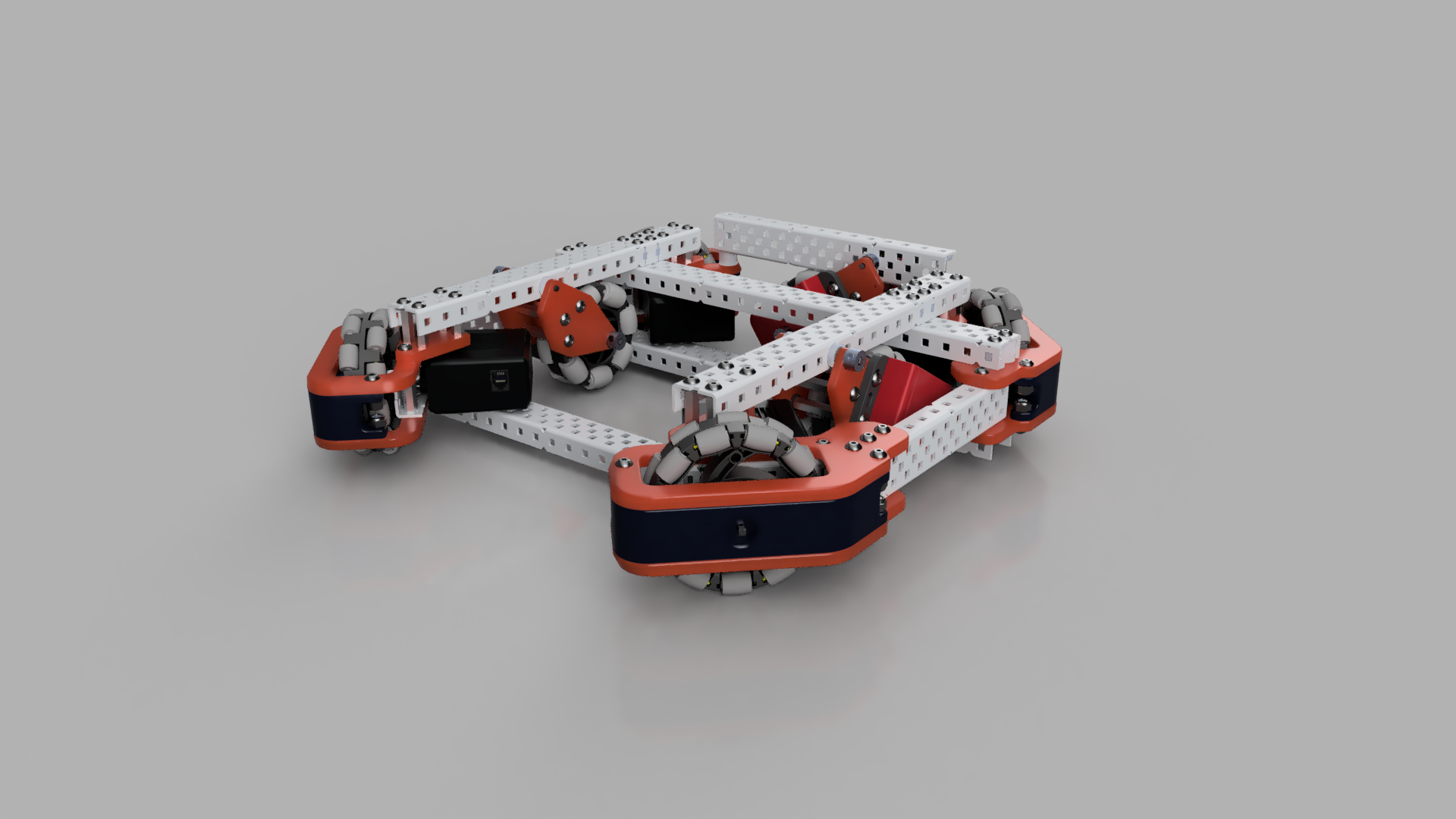 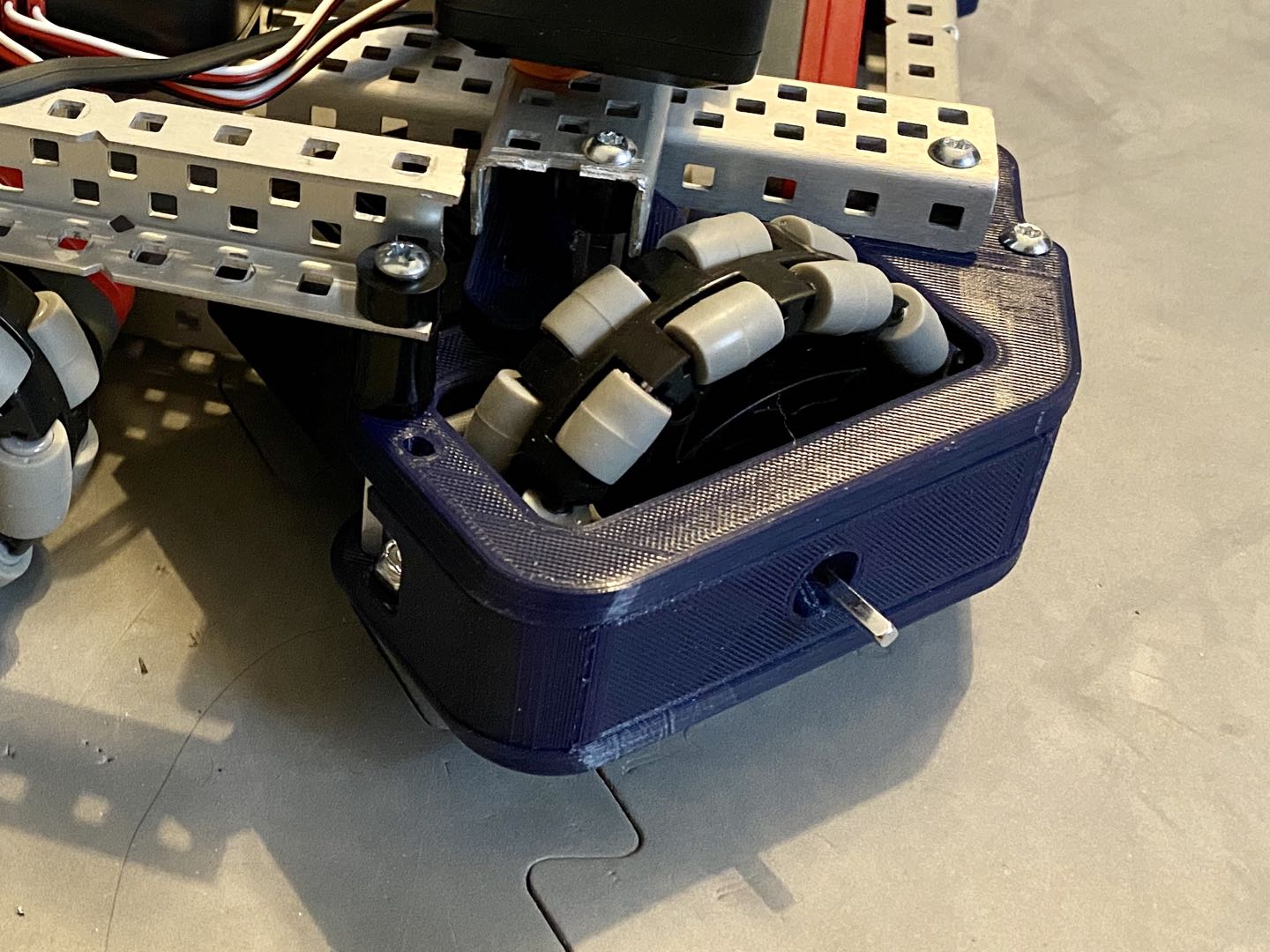 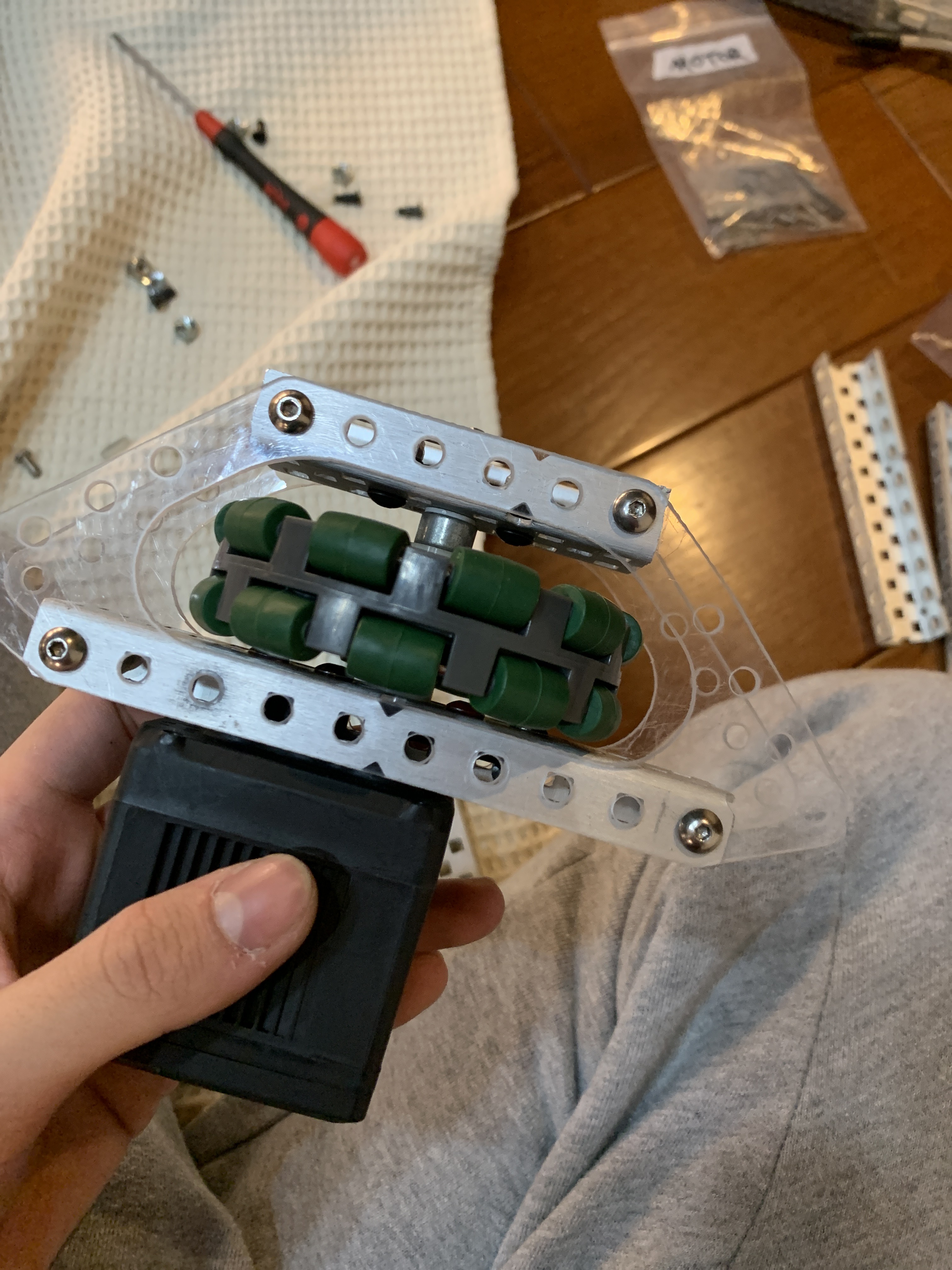 Here’s what I made for testing this year. Nothing special, but it’s one piece for extra strength. The hole can also fit a shoulder screw for easier alignment

Also a question for @Ethan5956F: Wouldn’t using screws this small in size introduce a lot of slop into the system?

@sarah_97963A; Wow, that is pretty amazing. Thats some out of the box thinking. I’m sad that I only have one heart to give.

I see the piece of C channel on the inside for support, is there metal on the outside too?

@Ethan5956F Very nice, that is also a cool design. How do you get the curve around the middle support? Heat the plastic and then drape across a dowel?

I see the piece of C channel on the inside for support, is there metal on the outside too?

There’s no c channel on the outside, it’s just another 3D printed PLA piece. I have limited metal for the 15" x drive, so I replace metal with 3D printed parts whenever that’s possible.

Can you send me the CAD files? So I can Holecount it?
/s (kind of)

Also a question for @Ethan5956F: Wouldn’t using screws this small in size introduce a lot of slop into the system?

Good question! the reason I used those screws in the first place was actually to eliminate practically all slop from the system. Note that this was all done MONTHS before robosource shoulder screws were even announced- had I known they were coming I would have just waited. But dumb decisions aside, I made my own spacers with my lathe that threaded onto the m3.5 screws and allowed for a precision fit into the 0.182” vex holes. here’s a pic 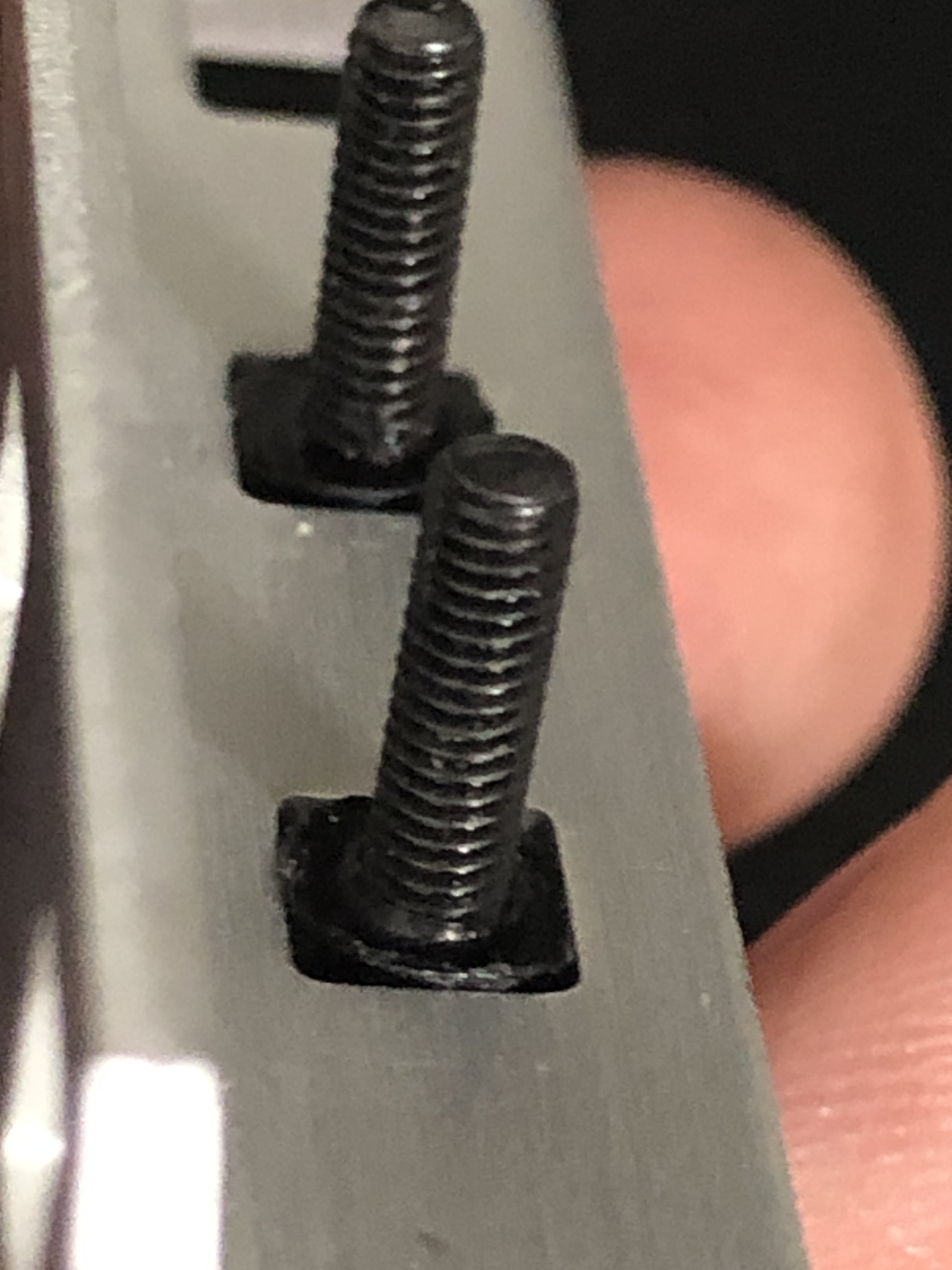 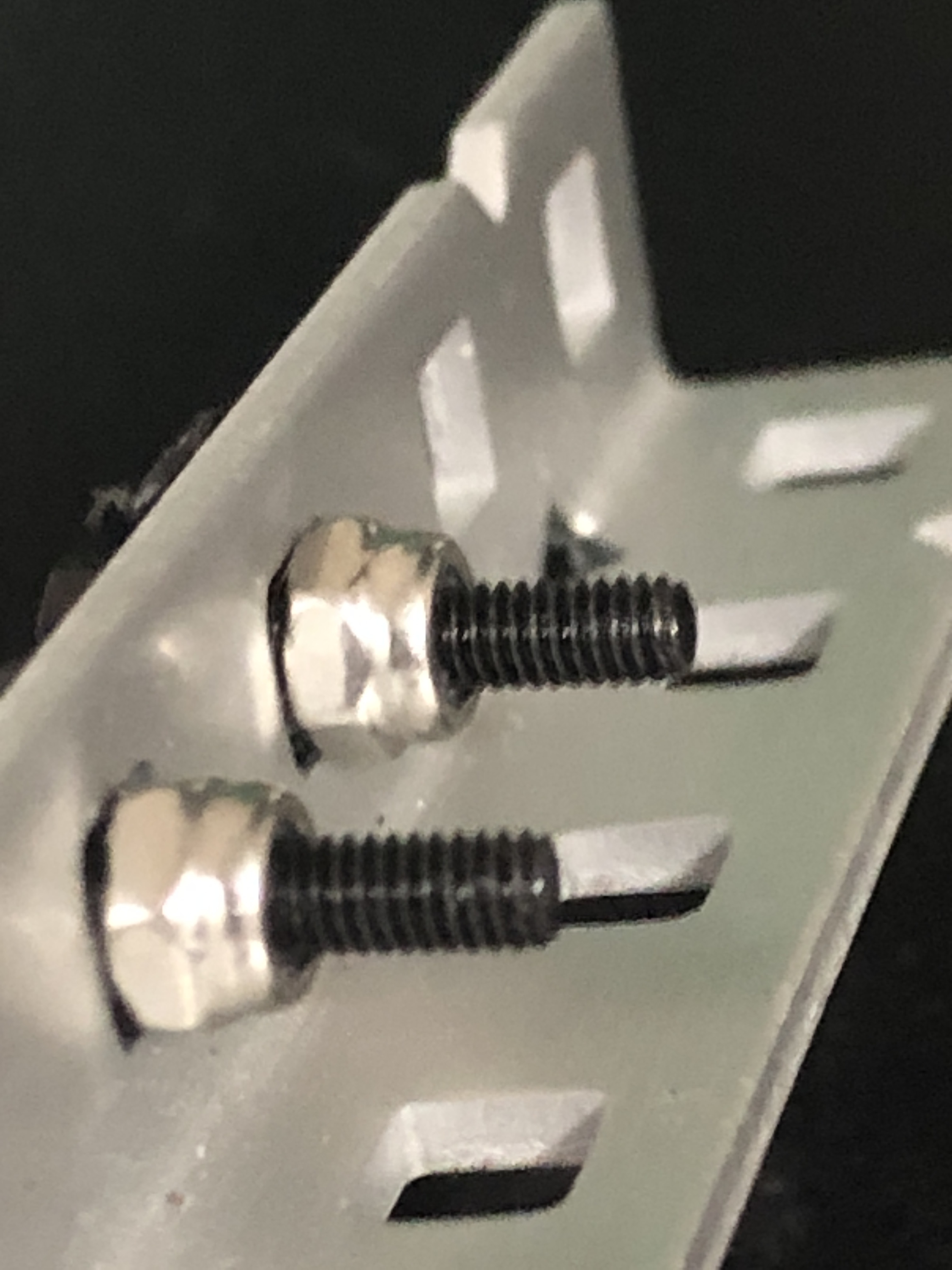 One of the small black spacer is the same height as the c channel metal, and I can place them anywhere on the screw. It’s pretty cool but a lot of work (about 5 mins per spacer)

@Ethan5956F Very nice, that is also a cool design. How do you get the curve around the middle support? Heat the plastic and then drape across a dowel?

Thanks! No everything was actually milled from bars and sheets of nylon and then dyed black. The top and bottom gussets had some bending issues and i didn’t like how flimsy it was vertically, so i designed the side gussets to better handle the vertical forces and make the system more precisely constrained in that direction (keeps all the wheels exactly the same height)
They were meant to be high precision pieces, and unfortunately became unnecessarily expensive/complicated for something like vex. They worked great in the end but uh… i can’t say i recommend what i did
don’t even get me started on the titanium standoffs… 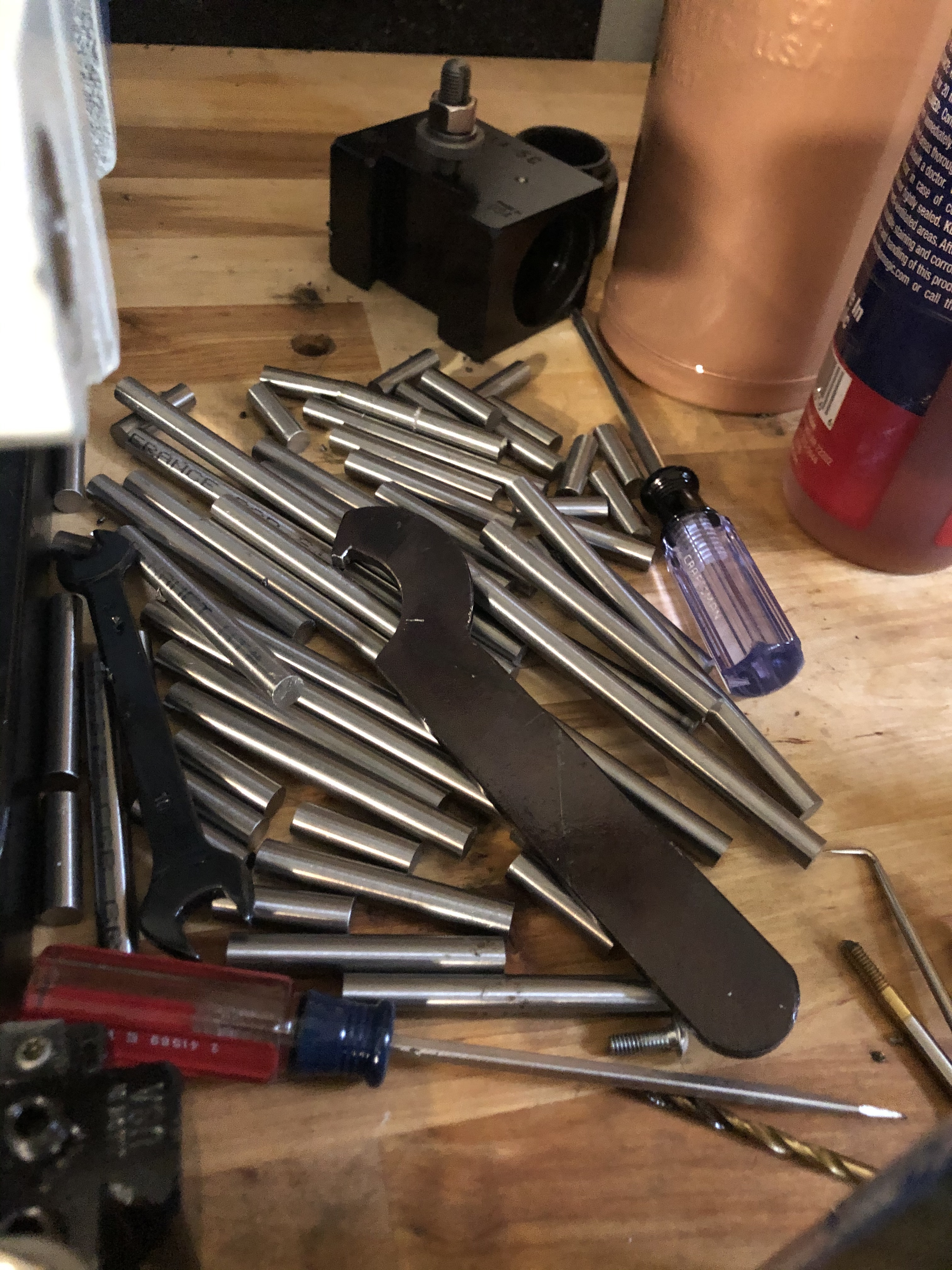 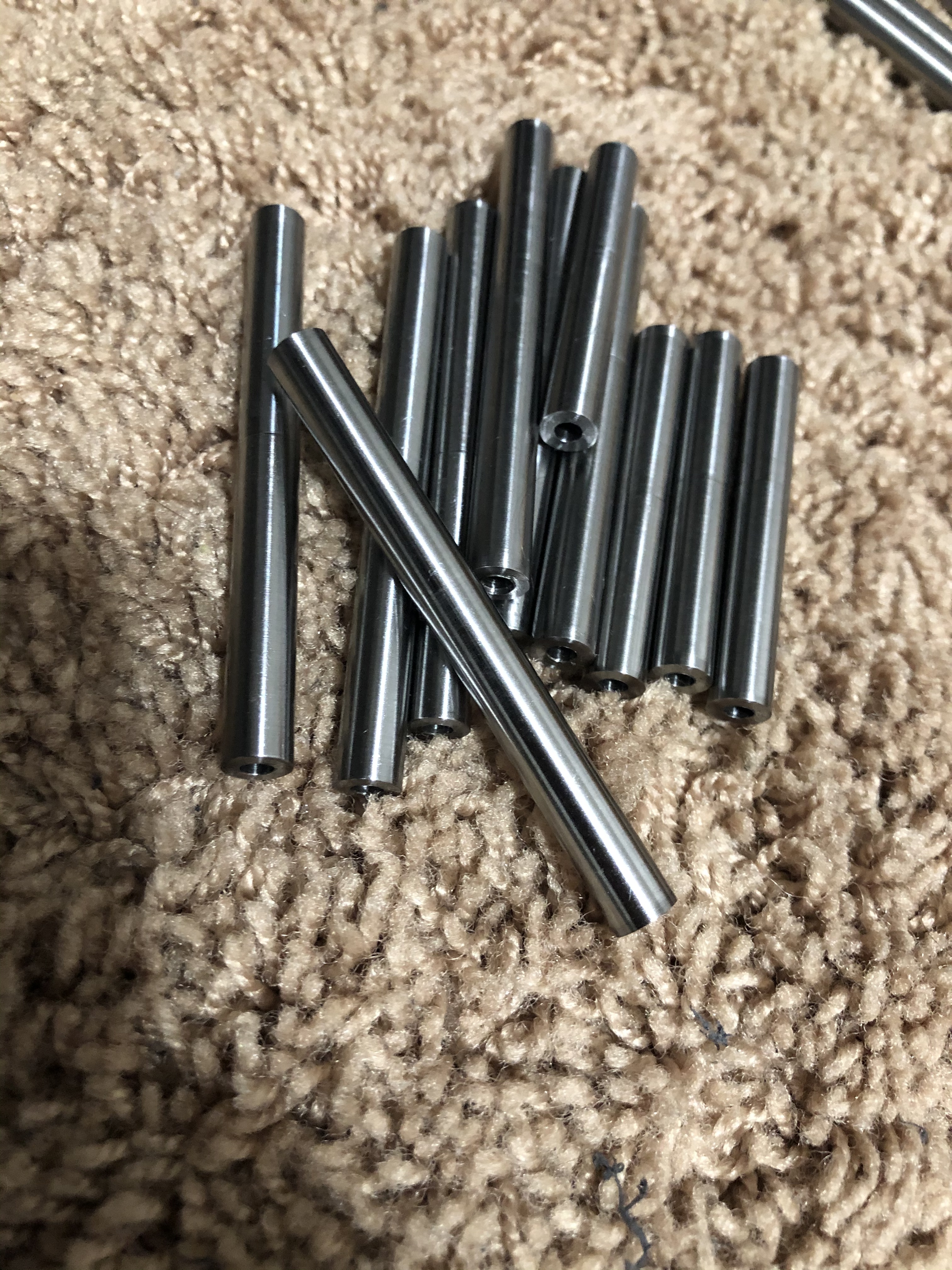 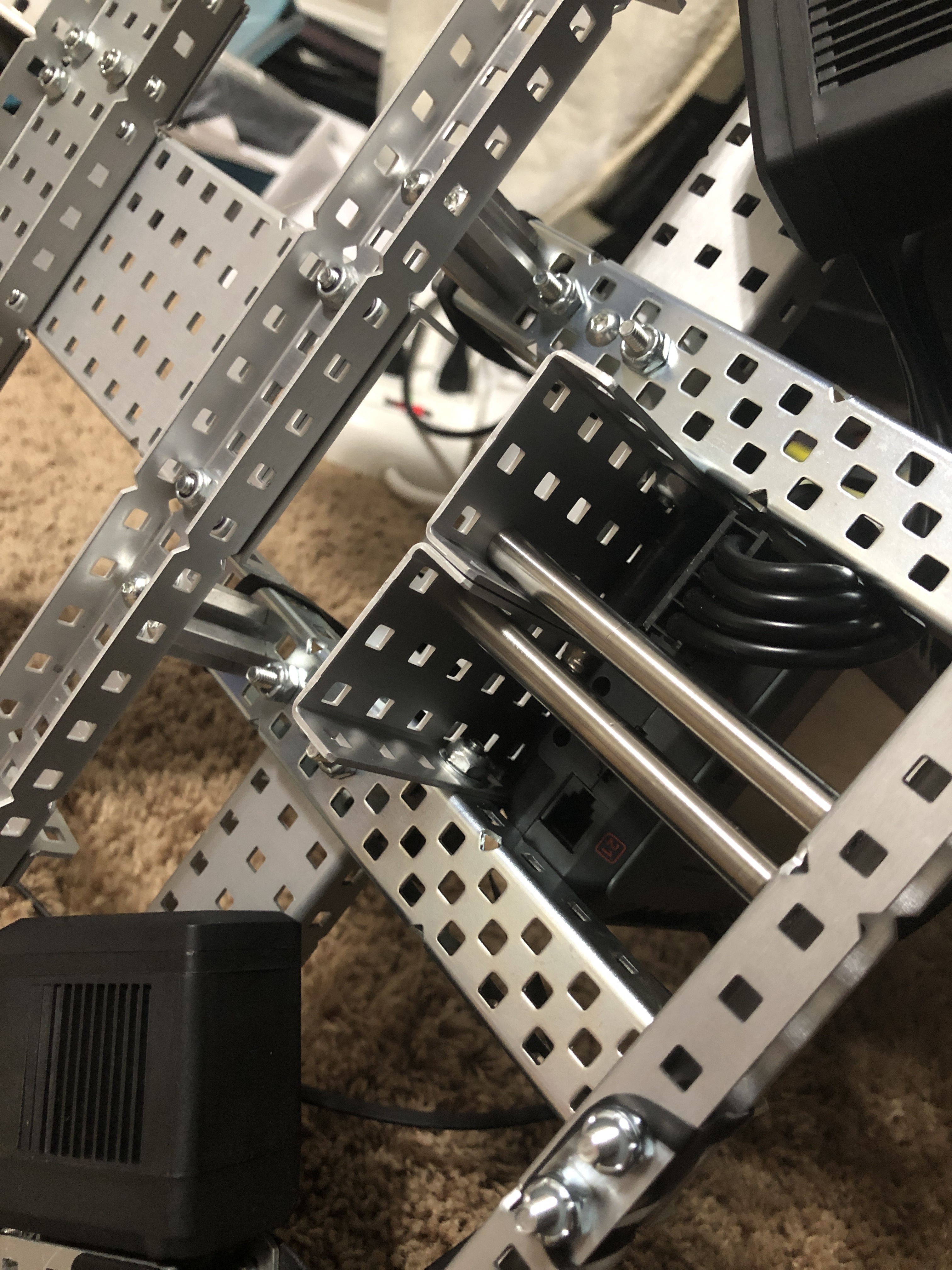 don’t even get me started on the titanium standoffs…

ok, but why?
I mean I get it, titanium, but I’ve never had any issues with standoffs bending or anything.

Imagine showing up to a competition and your opponents bot is made out of titanium.

ok, but why?
I mean I get it, titanium, but I’ve never had any issues with standoffs bending or anything.

nothing to do with bending actually. Ti6Al4V has 5 x the strength/weight ratio as aluminum 5052 (what vex uses for their standoffs and c channels), so it ended up being lighter than the alu standoffs and I made 109 of them. They were more of a fun machining challenge with my new lathe than anything

Thanks, @sarah_97963A I’m interested in how that holds up with the square shaft spinning in the PLA hole. I think I would have tried to get a bearing block inside there or one of the 1/4" spinning shaft (freewheel) inserts. Did you enter this part in the “Hey VEX I really want you to make this!” contest?

Due to the limited precision of my 3D printed parts, the hole is more like an oval than a circle. If I redesign this I would make it compatible with vex bearings or free spinning inserts.

Did you enter this part in the “Hey VEX I really want you to make this!” contest?

Unfortunately I did not. I think I brought up the online challenge to my team, but they didn’t seem to be interested in doing it.

Hi, I was considering building x drive pods, as I have an x drive. What materials do you guys suggest?

disclaimer: I have never built an x drive

I think based off pictures and other bot’s I’ve seen, that for custom gussets polycarbonate works fine. if you want to be completely safe, you could find the strongest type of plastic on the legal plastic list and use that, but I’ve seen regular polycarb used without problems.

Damn, that’s a neat method to reduce slop. rn most shoulder screw’s shoulders are not long enough if c channels are connected with spacers in between. Using this method can probably solve the issue since the lathed “shoulders” can go anywhere on the screw.