I’ve been meaning to make this post ever since worlds, but I haven’t had the time to do so. I now finally have some time before my school starts (I still have 1 week of summer

) to show the VEX community our robot and all the different designs we have implemented to make it.

Even though the Turning Point season is way over, the things I will show in this post still applies to this year and VEX in general.

7842F is a 2-person team from Vancouver Island, Canada. We meet to build twice a week for ~4 hours, and we design and program at home. We are not allowed to take our robots home, so we try to be as organized and efficient as possible with the time we have to build. Our team captain is Jacob Walter, and he did pretty much all the designing, cadding, building, documentation, journals, and driving. I did all the programming, helped with building, made our website, and was a partner driver at worlds.

I recorded a brief video a while ago demonstrating our robot. The following post will cover in more detail the designs that went into each system.

To learn more about each system, click the expand arrow on each of the sections.

Earlier in the season, I designed a website for the online challenges. In hindsight I want to change a lot of things with it and improve the tutorials, but it still stands as a useful resource. I wrote a few tutorials about PROS and programming. Go check it out here!

The 7842 Navigators are a competitive VEX Robotics team from Vancouver Island, British Columbia, Canada. We work together throughout the season to design, build, program and compete. Through our site, we aim to share ideas and teach new skills with...

Throughout the season Jacob did an amazing job of documenting our progress. He made two engineering journals, one for project management and ideas, and the other for linear build documentation. If you are interested in our design process, ideas, and more of our robot, check them out! They have earned us awards at every competition we have gone to, except for worlds, because unfortunately there our judging was rushed. However, later we were approached by the pair of judges that we were able to give our full presentation to and were complimented on our presentation.

I hope these journals are a great resource and that they provide a good learning opportunity! My favourite pages are the last 40 of the project journal. 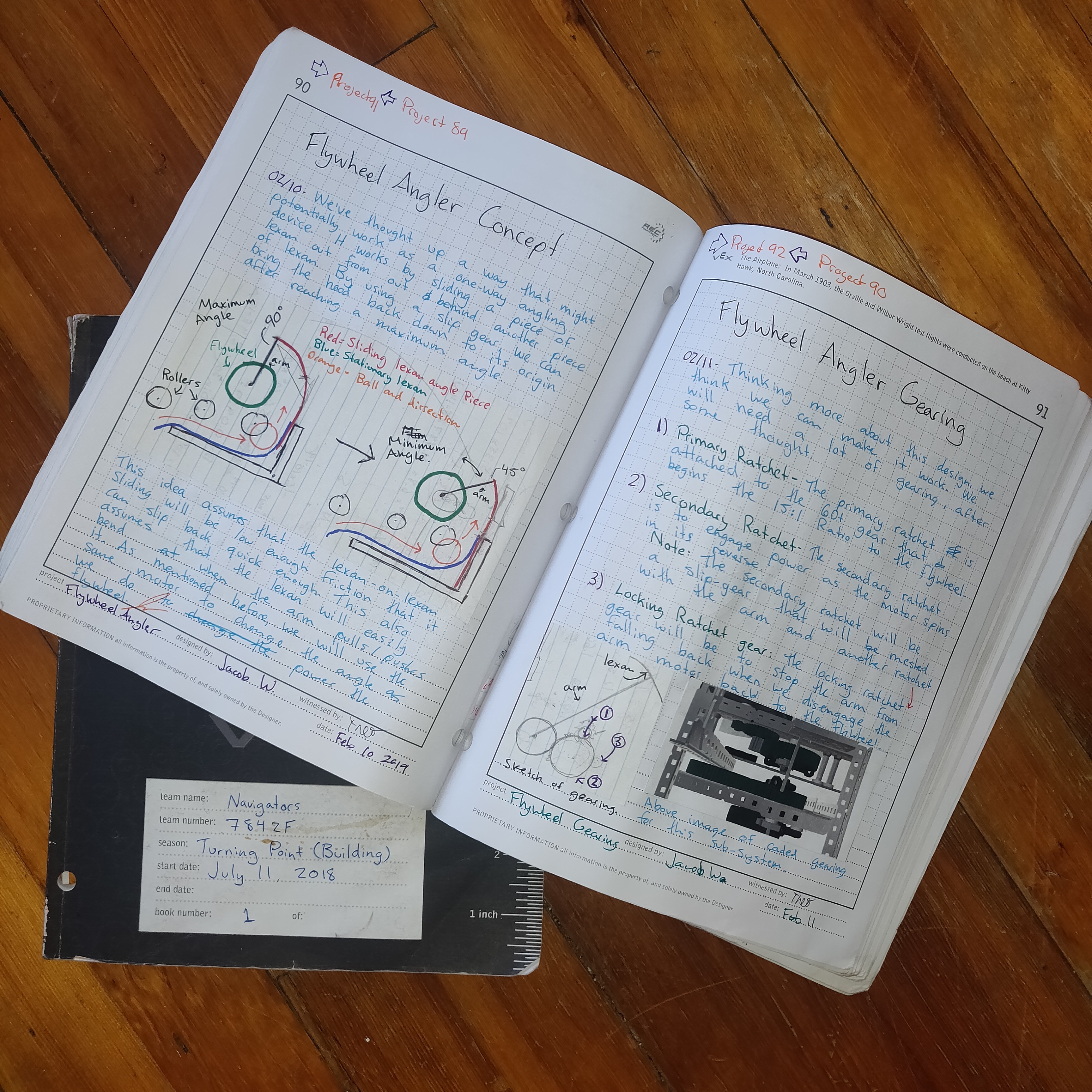 This season has been really fun. Jacob and I have learned a lot and made it to Worlds together for the second time in a row. I have made huge advancements in my programming ability and have found a passion for it.

Unfortunately for me, Jacob has graduated this year and will be going to university. This leaves me as the team captain of a 1-person team with little building skills

. Our club leadership has stepped down, leaving the club in a state of uncertainty. I have no idea what will happen in the following season, but I hope I can find a new robotics partner and continue the success of 7842F

As for programming, I plan to create a library and implement some ideas I have been wanting to make for a while. Stay tuned!

If anyone has any questions or comments about this post, I am more than happy to answer them. If someone has suggestions to improve this post, let me know while I am still able to edit!

Also, feel free to contact me about programming questions in general on Discord at theol0403#6480. Just know that I will probably tell you to read learncpp.com. 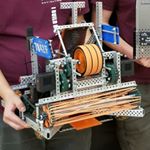 . Have a great season!

Thank you for posting this! This is without a doubt one of the best posts I’ve seen on the forum. Great work! :​)

Thank you for sharing your journals once again! They’re very well-detailed. Good luck in Tower Takeover

This is very impressive!

Do you have a robot for tower takeover?

Lol, nope =)
I was volunteering at a summer camp all summer, and my club is currently shut down with no mentor.
This will be an interesting season for me.

So are you still going to compete for this season?

Yes, I will do my best. I need to figure out what my club is doing, maybe borrow a kit or something, and find a teammate. In the unlikely event that the club is going to be shut down, there might be another less competitive club I could join. I will just have a late start to the season, that’s all. I still have two more years of VEX to figure out how to go back to worlds

.
However, in the meantime, I am happy to work on programming projects, which is what I love doing in VEX anyways.

Did you go to Worlds last year?

This season has been really fun. Jacob and I have learned a lot and made it to Worlds together for the second time in a row.

Yes. Try to answer your own questions =).
If you have more questions, please combine them in a single comment so that this thread is not cluttered by single-line discussions.

hey could you give a brief description as to how your lvgl for odometry will help users in tuning their odometry?

Like I said, odometry is hard to tune. It takes a lot of iterations of fine-tuning to get it right, and is prone to error and drift. Everything needs to be working perfectly together, or else the whole system crashes. Thus, it is important for the tuning and diagnosing to be as seamless, fast, and efficient as possible.

What most people do is print information to the terminal. While it works, it is quite awkward and hard to visualize. What I mean by this is that it takes considerable effort to analyze and figure out what the stream of numbers coming in mean. It is just easier to have a visualization.

TL;DR It provides a faster way of visualizing the odometry and troubleshooting problems, as it readily gives visual feedback that is a hassle to get otherwise.

Does this answer your question?

yes and i had another question, are we able to use this with our own odomentry system and not using your api?
Because i have my own way of getting orientation and x-y coordinates

Yeah, you will probably have to edit odomDebug’s code for it to work with your format.
Soon I’m probably going to change how it’s structured so it can work with more formats.

Right now, it uses OkapiLib v4 beta’s odometry system, which will probably be released soonish.
You can download the beta version of OkapiLib v4 from its GitHub releases.

If you wanted to, you could inherit your tracking system from OdomChassisController, which would make it compatible with my code as-is.

ok cool also is it possible if you could send some photos of your tracking wheel?

Is the demonstration video not enough? I also have a picture in the post.
If you want more, there may be some images in the engineering journals.
In fact, we even have build instructions in page 82 of the project journal lol

oh ok thanks i didnt see that page

First, I was trying to understand if your flywheel control algorithm is a continuous (textbook definition) PID, where everything is controlled in a smooth manner, without artificial jumps, vs the multi-segmented approach, where if() statements introduce discontinuity.

For example, your 7842F-Alpha-Code-RobotC repository has such if() statement, but in V5 code it is essentially a nop-statement

Then I got lost trying to decide which of the features I like more:

Odometry is one of the most difficult things to diagnose if something goes wrong. You don’t know if the wheels failed, if the sensors failed, or if the code is wrong, and in what way. To help alleviate some of that pain, I wrote a GUI utility that helped us pinpoint problems. 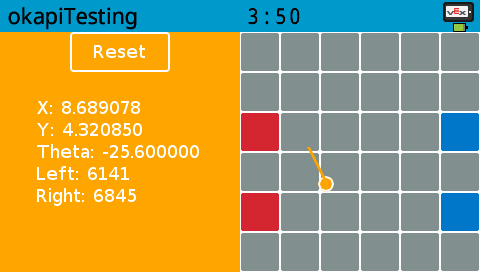 or the Vision Sensor instant visualization and filtering:

The library can also display objects to the screen for debugging:

It is likely I will release this library at some point this year when I am happy with it.

Please, don’t wait until the end of the season to release the code.

Thanks for the compliments! I know it takes a bit of time to read

For the flywheel PID, I believe it qualifies as a continuous, textbook PID. The algorithm can theoretically attain any desired velocity, it does not have a designated velocity that it operates best at.

However, a flywheel takes more effort to speed up than it does to slow down, and a flywheel’s natural bias is to slow down, and our flywheel was ratcheted making it impossible to forcefully slow down. Because of this I wanted the PID to react less aggressively and only lower the power a bit if the flywheel overshot, allowing the flywheel to naturally slow down and settle at the target velocity instead of overshooting the other way and slowing down too much. I also didn’t want the D to interfere with ramping up the flywheel.

For the RobotC version, I scaled down the D when it was below 0, and for the V5 version I cut out the D completely when it was below 0. Apart from that, the algorithm is linear and would have a smooth uninterrupted output signal if the target velocity was slowly increased.
I hope this clears things up.

Please, don’t wait until the end of the season to release the code.

I am willing to DM it to people if they are willing to beta test it, give feedback and suggestions, and test it for practical use on their robots.

Hey everyone!
Just an update on odomDebug.
I’ve made a new version and updated the github.

Aside from some visual changes: 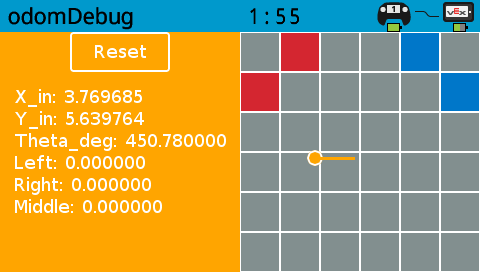 I’ve also updated the API to work with any kind of odometry. Now you can directly set the position of the robot on the screen, instead of having it read a specific kind of odometry from the backend. I have also better formatted and commented the code.

For a better idea of what changed, check out the repository. 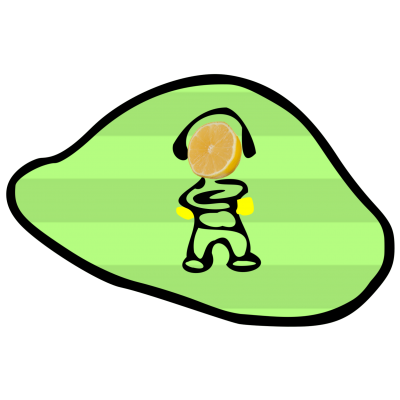 Let me know if you have any questions, enjoy!